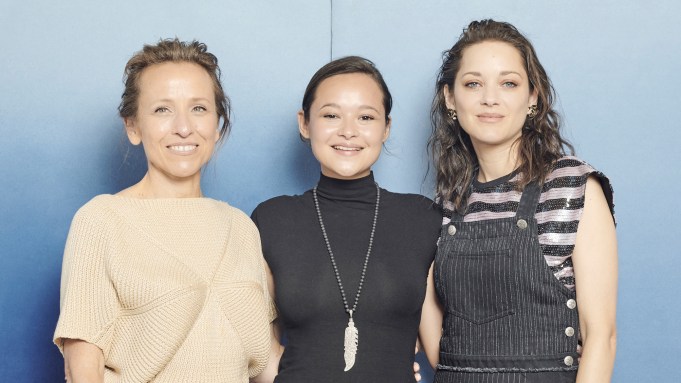 Marion Cotillard, who already saw in the opening night premiere of Annette in Cannes, yesterday celebrated the release of Bigger Than Us, a new documentary she executive produces from director Flore Vasseur, which explores the social movement of young people fighting for change in the 21st Century. And the pair stopped by Deadline’s Cannes studio yesterday with 20-year-old activist Melati Wijsen to discuss a generational shift that has become a global movement.

Wijsen’s activism started when she was just 12 years old, fighting to eradicate single-use plastics on her home island of Bali. She is the film’s anchor point, traveling across the planet to meet like-minded young people who have all tackled injustice in their communities, campaigning on behalf of oppressed peoples and helping institute change.

Bali eventually did institute a ban on single-use plastic bags on the island. As Melati says, summing up the message of the film: “It proves that kids can do things. It goes beyond pointing fingers and demanding, but young people are leading by example.”

For more from the team behind Bigger Than Us, check out the video above.