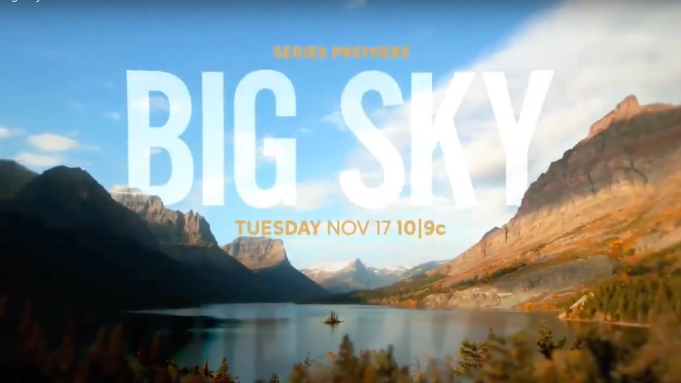 The intro starts with Jade Pettyjohn and Natalie Alyn Lind jamming out to Lizzo’s “Good As Hell” while cruising down an open Montana highway. Shortly after the girls tell their mother they will text upon arriving to their destination, the teaser takes a somber turn.  As the sun sets, the pair of sisters find their car breaking down in the middle of Yellowstone National Park. After a quick shot of a mysterious truck driver stopping behind the girls and breaking their window, the trailer goes dark.

John Carroll Lynch’s Officer Rick Legarski goes on to call Hoyt telling him that two girls have gone missing, noting that it’s not an isolated incident.

Left with no choice but to solve the reoccurring string of kidnappings, Hoyt teams with reluctant officers Cassie Deweel (Kylie Bunbury) and Jenny Hoyt (Katheryne Winnick).

The trailer intensifies as tensions between Bunbury and Winnick’s detectives run high, mysterious figures appear in the small Montana town and the two kidnapped girls discover a terrible secret.

The new ABC series, based on the book series by C.J. Box, is executive produced by David E. Kelley, Ross Fineman, Matthew Gross, Paul McGuigan, C.J. Box and Gwyneth Horder-Payton, and is produced by 20th Century Fox Television in association with A+E Studios.

Big Sky will premiere on ABC on Nov. 17. Watch the full trailer above.