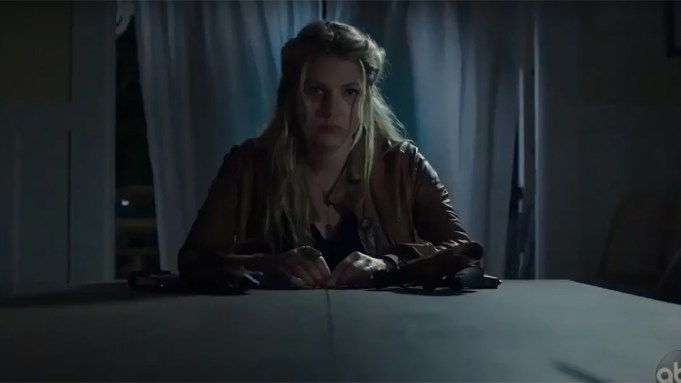 ABC is giving us a first look at Big Sky, ABC’s straight-to-series drama created and executive produced by David E. Kelley. The promo above is one of several that aired during Sunday’s 72nd Emmy Awards.

Based on The Highway, the first book in C.J. Box’s Cassie Dewell series of novels, and written by Kelley, in the procedural thriller, private detective Cassie Dewell (Kylie Bunbury) partners with ex-cop Jenny Hoyt (Katheryn Winnick) on a search for two sisters (played by Natalie Alyn Lind and Jade Pettyjohn) who have been kidnapped by a truck driver on a remote highway in Montana. When they discover that these are not the only girls who have disappeared in the area, they must race against the clock to stop the killer before another woman is taken.

The series began filming in late August in Vancouver with COVID-19 protocols amid the pandemic.