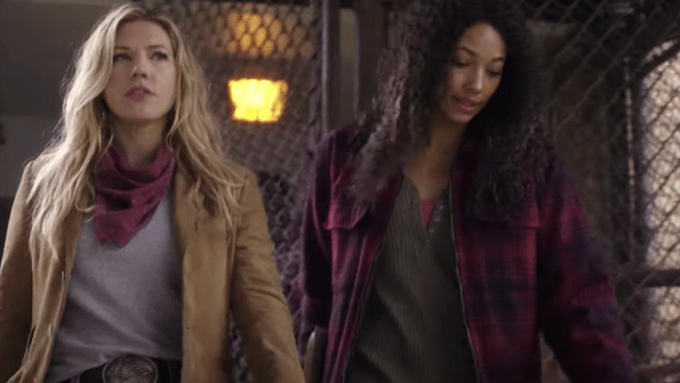 While the Big Sky last left off with a the shocking death of a sex trafficking Montana state trooper, the ABC series returns for even more suspense and drama in April.

The spring trailer for the David E. Kelley crime drama features Kyle Bunbury and Katheryn Winnick as their detectives take on new cases, while still on the hunt for kidnapper and sex trafficker Ronald Pergman (Brian Geraghty).

But even as Jenny (Winnick) and Cassie (Bunbury) move on to scope out even more big bad’s, their past continues to haunt them. Cassie reunites with ex Blake (Michael Raymond-James) who finds himself in deep trouble when accused for attacking a young woman.

“I’ve known Blake since we were kids. He didn’t do this,” Winnick said. “He could have been set up by his family.”

Big Sky returns to ABC on April 13. See the trailer above.