Continue to Deadline SKIP AD
You will be redirected back to your article in seconds
Skip to main content
March 23, 2021 3:41pm 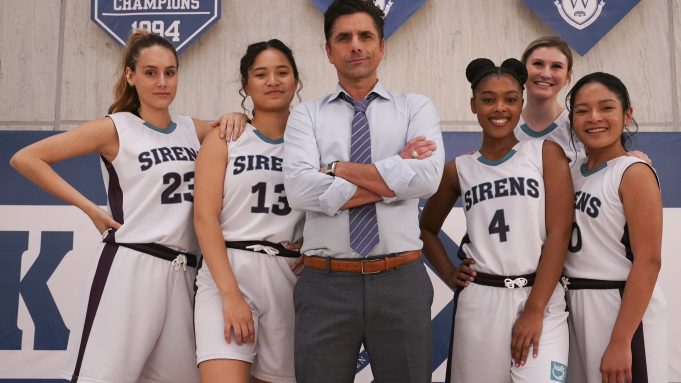 The ball is in John Stamos’s court, in the first official trailer for Disney+ original series, Big Shot.

Premiering on the streaming service on Friday, April 16, the show centers on Marvyn Korn (Stamos), a volatile college basketball coach, who gets fired from his job. Subsequently, Korn returns to the sport, as a teacher and coach at an elite all-girls private school, and it’s here that he finds his best shot at redemption.

But as he’s told by Sherilyn Thomas (Yvette Nicole Brown), who serves as Dean of the Westbrook School for Girls, he is free to sink or to swim in his new position. “Coaches here, they’re expected to be role models,” Thomas says. “Do not screw this up.”

Created by David E. Kelley (The Undoing, Big Little Lies) and Dean Lorey (Harley Quinn), Big Shot also stars Jessalyn Gilsig, Tish Custodio, Monique A. Green, Tiana Le and Sophia Mitri Schloss, among others. Debuting with a 10-episode first season, the show is produced by ABC Studios. After pitching the original idea for the series to Kelley, Brad Garrett (Single Parents) is on board as an executive producer, as is Bill D’Elia, who directed the pilot.

Check out the trailer for the one-hour dramedy above.