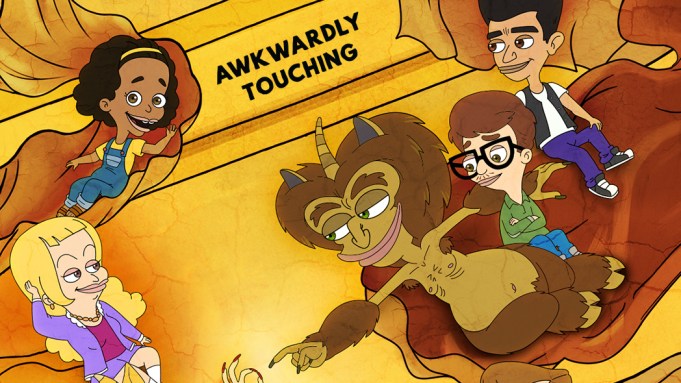 Toxic masculinity, incest, pansexuality and the unluckiest hair brush in the universe are on the syllabus for the new Season 3 trailer of Netflix’s Big Mouth. Or, as Netflix says in the trailer’s announcement, “It’s time to get your PhD in Puberty.”

Created and exec produced by Nick Kroll, Andrew Goldberg and screenwriter-directors Mark Levin & Jennifer Flackett, Big Mouth, if you haven’t audited any of its classes, follows a group of teenage friends who find, as Netflix describes, their lives upended “by the wonders and horrors of puberty in this edgy comedy.”

When the new season kicks off next month, Big Mouth will continue to, in Netflix’s description, explore human sexuality and everything around it, tackling issues such as cell phone addiction, female anger, the vast spectrum of sexuality, Adderall abuse, dick pics, toxic masculinity, and of course ‘how to have an orgasm.’ As the end of seventh grade rapidly approaches, Missy’s new Hormone Monstress (Thandie Newton) shakes things up while a new student (Ali Wong) makes everyone at Bridgeton Middle question their sexuality.”

Season 3 will culminate with “a superhero showdown that brings long simmering tensions to a head and tests even the strongest friendships.”

A Netflix production, Big Mouth Season 3 launches October 4 on Netflix. Check out the trailer above, and here’s the new key art poster: