The Film That Lit My Fuse: Oscar-Winning Director Ron Howard
Read the full story
May 10, 2019 1:16pm 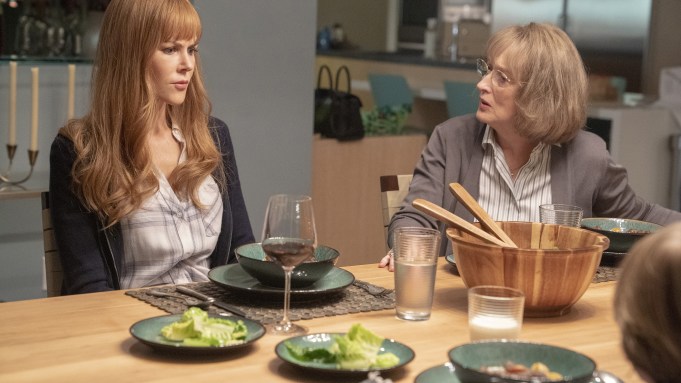 Take your pick for best quote from this new trailer for the upcoming second season of HBO’s Big Little Lies. “Let the Second Grade begin.” “She’s the Medusa Of Monterey.” “I can see the damage done and it’s eroding every single one of us.”

All worthy candidates, but hard to beat newcomer Meryl Streep’s knowing, spooky delivery of a line to her character’s daughter-in-law Celeste (played by Nicole Kidman): “You learned of his infidelity just 10 seconds before he died. Oooh, you left that out too.”

The backstory, of course, is that Streep’s Mary Louise Wright is the mother of Celeste’s mysteriously dead husband (played by Alexander Skarsgård last season). The new, full trailer offers up quite a few more clues about the upcoming season that the short tease released last month (watch that one here).

The new season, premiering next month, picks up as Streep’s Mary Louise arrives in Monterey, California, worried about her grandkids (and, apparently, more than a little suspicious of their mom).

Here’s HBO’s description: “The second season of this subversive, darkly comedic drama will explore the malignancy of lies, the durability of friendships, the fragility of marriage and the vicious ferocity of sound parenting. Relationships will fray, loyalties will erode…the potential for emotional and bodily injury shall loom.”

The seven-episode season of Big Little Lies debuts June 9, 10 pm, on HBO. Check out the trailer above, and here’s the just-released poster: