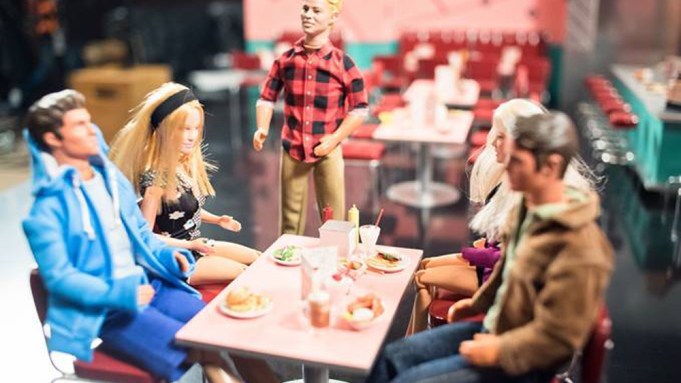 Looks like the Peach Pit may be making a return to BH90210, Fox’s upcoming summer drama series. The iconic diner was a favorite hangout for the gang in the original Beverly Hills, 90210, and it is now featured in a new promo for the series.

The 45-second clip features authentic Barbie dolls from the period that the original show aired, all sitting around in the retro-styled restaurant chatting about the latest drama at the beach club. At the end of the clip we see it is the real-life actors who are playing with the dolls.

We may be seeing some actual footage soon. Production is currently underway and the show’s first episode is about to wrap.

BH90210 is described as a serialized drama with a dose of irreverence inspired by the real lives and relationships of Priestley, Shannen Doherty, Jennie Garth, Ian Ziering, Gabrielle Carteris, Brian Austin Green and Tori Spelling. Having gone their separate ways since the original series ended 19 years ago, the septet — who will play heightened versions of themselves — reunite when one of them suggests it’s time to get a Beverly Hills, 90210 reboot up and running.