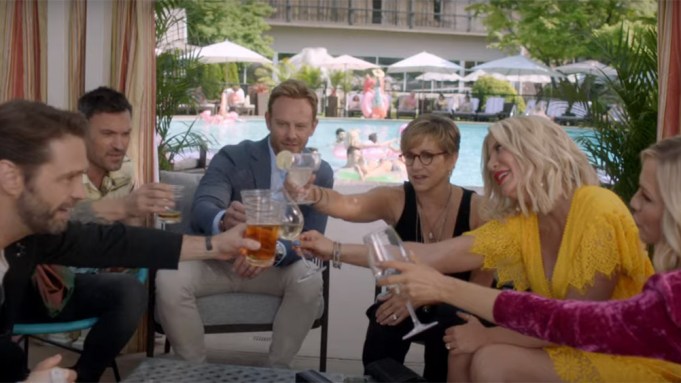 Fox has dropped a new teaser for BH90210 ahead of its August 7 premiere.

Original Beverly Hills 90210 stars Jason Priestley, Shannen Doherty, Jennie Garth, Ian Ziering, Gabrielle Carteris, Brian Austin Green and Tori Spelling return for the revival series that comes with a twist: The seven former teen idols will be playing heightened versions of themselves in the serialized drama that is inspired by their real lives and relationships with one another.

Having gone their separate ways since the original series ended 19 years ago,the gang reunites when one of them suggests it’s time to get a Beverly Hills, 90210 reboot up and running. The show then examines what will happen when first loves, old romances, friends and frenemies come back together and attempt to continue where they left off.

The original show premiered on Fox on October 4, 1990. Centered on the tony Los Angeles community identified in its title, the show aired for 10 seasons, documenting a group of friends from high school to college and into early adulthood.

The series was conceived by Alberghini, Chessler, Spelling and Garth.