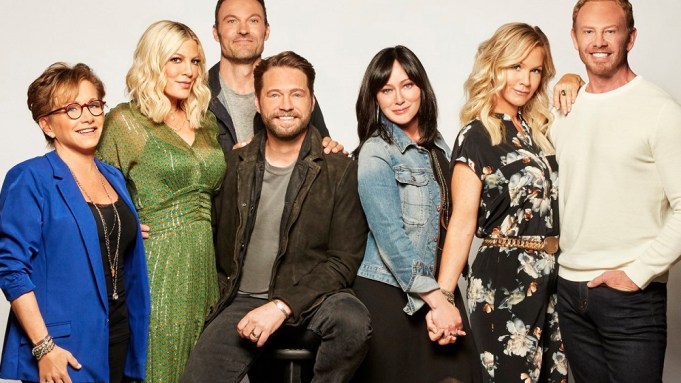 The gang from West Beverly Hills High School is back together again and they can’t stop dancing.

The actors are shown smiling and dancing to the show’s classic theme song as their names appear on-screen in alphabetical order.

The limited series will run for six episodes, with the cast playing heightened versions of themselves — inspired by their real lives and relationships, according to a description for the reboot.

The original series ran on Fox from 1990 to 2000. Series co-star Luke Perry died in March and will be remembered during a tribute when the reboot debuts.