Anne Heche “Not Expected To Survive” After Severe Brain Injury From Car Crash, Will Be Taken Off Life Support
Read the full story
July 16, 2019 8:30pm 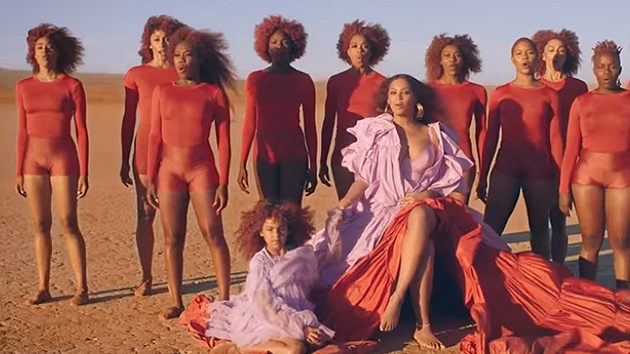 Beyoncé surprised fans Tuesday night by releasing the music video for her new single “Spirit,” from The Lion King soundtrack.

The video debuted on the ABC/Disney special The Lion King: Can You Feel the Love Tonight, hosted by Robin Roberts.

The four and a half-minute video is filled with breathtaking scenes from the animal kingdom, along with shots of the singer standing side-by-side with her backup dancers, and holding her seven-year-old daughter Blue Ivy’s hand.

At one point, Beyoncé poses in front of a waterfall. That portion of the video was shot last week at Havasu Falls in Arizona, TMZ reported. The website posted pictures from the shoot and said the film crew obtained permits from the Havasupai tribe, which owns the land.

Within two hours of the “Spirit” video being posted on YouTube, it had been viewed more than 468,000 times.

Beyoncé voices Nala in Disney’s live-action remake of The Lion King. The Grammy-winning performer is producing and curating the album for the film. “Spirit” is said to be featured during a pivotal scene in the film involving Nala.

On July 9, Disney announced the album titled The Lion King: The Gift will be released on July 19. It features “global recording artists” and is “steeped in the sounds of Africa.”