Continue to Deadline SKIP AD
You will be redirected back to your article in seconds
Skip to main content
June 21, 2019 4:33pm 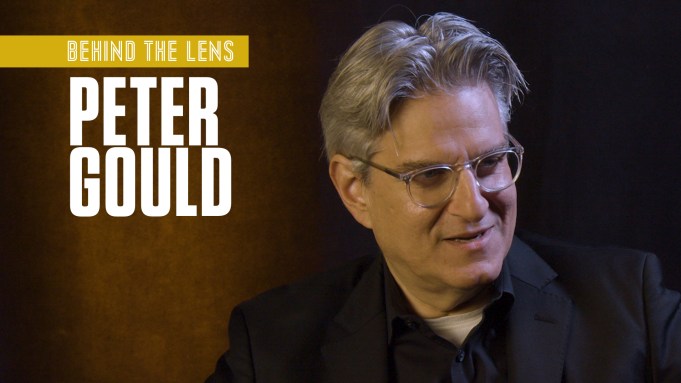 Peter Gould has a dream job for anyone who cares about kick-ass quality television. He went from being a writer/co-executive producer and so much else on one of the most iconic TV dramas of all time, Breaking Bad, into creating (with Vince Gilligan) and executive producing (as well as often writing and sometimes directing) its spinoff prequel Better Call Saul, the frequently Emmy-nominated series on its own starring Bob Odenkirk as Saul Goodman/Jimmy McGill.

In this week’s episode of my Deadline video series Behind the Lens, Gould visited our studios to talk about “lightning striking twice,” as he puts it, in stumbling into a second critically acclaimed series in the same neighborhood of Breaking Bad, as well as continuing to work with that show’s creator Gilligan. Gould in fact wrote the first episode of Breaking Bad in which the Saul character appears and said initially he was used as a bit of comic relief in order to give a lighter touch to an increasingly dark story. But as he says, Odenkirk and the writers started discovering a lot more depth to the character, and continue to do so now into Better Call Saul‘s upcoming fifth season.

Where it all is heading is an intriguing question I posed, and all they know is the series is getting much closer to merging with the events of Breaking Bad, and what happens from that point is going to be very interesting — as is the fate of a key cast member Rhee Seehorn, who so brilliantly plays Kim Wexler. We talk about all of this and more.

To watch our conversation click on the video above. For past episodes of Behind the Lens, click here.