Continue to Deadline SKIP AD
You will be redirected back to your article in seconds
Skip to main content
December 22, 2020 12:37pm 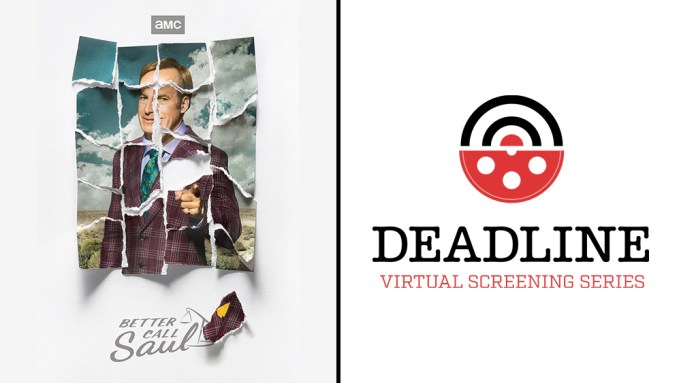 Ever since Jimmy McGill’s better half, attorney Kim Wexler (Rhea Seehorn) got a in car accident in season 3, episode 9 of Better Call Saul, we haven’t been able to shake off that a gloomy fate is in store for her, even though she’s usually the moral compass on the Breaking Bad spinoff.

At a recent virtual screening for the fifth season finale “Something Unforgivable of the AMC series, we asked Seehorn about where Kim is headed.

While we’re use to Bob Odenkirk’s Jimmy/Saul typically acting as the architect of scheme, Kim lays out her thoughts to him about framing their legal adversary Howard Hamlin (Patrick Fabian) in such a way that it will lead to his downfall. Then, if there was ever a foreboding gesture, Kim makes finger guns at Jimmy toward the end of the episode. And we all know she doesn’t make it to the mother Breaking Bad storyline (that is unless she was always behind the scenes and we never knew it). However, the foreshadow lingers that life won’t be good for Kim.

Seehorn tells Deadline, “Do you see a very dark side of her there? Yes, you do.”

“He brought Saul Goodman into our relationship she’s bringing in this other person,” adds the actress about the pivot we see here with Kim, “There’s this self righteous martyrdom going on.”

What does Jimmy/Saul have to say about Kim’s proposed shenanigans to take down Hamlin?

“He’s like the viewers of the show — he’s a bit mystified,” says Odenkirk who recently received his 16th Emmy back in August; this time for producing Better Call Saul (Odenkirk is a two-time Emmy winner with trophies for writing on Saturday Night Live and The Ben Stiller Show).

Better Call Saul co-creator Peter Gould informs us that he’s well along with his writing staff in regards to hammering out season 6. “We’re pretty late in the season,” he says.

“We are in a zoom room everyday. We got to meet for two weeks at the beginning. For the season — it’s like trying to dance in quick sand. It’s a handicap in my book to be working remotely, but I love what we came up with.”

“We have a few more scripts than we usually do,” he says, but above all, “our fervent desire is to begin shooting early next year.”

Check out our conversation above with Gould, Odenkirk and Seehorn.