Continue to Deadline SKIP AD
You will be redirected back to your article in seconds
Skip to main content
November 20, 2019 8:43am 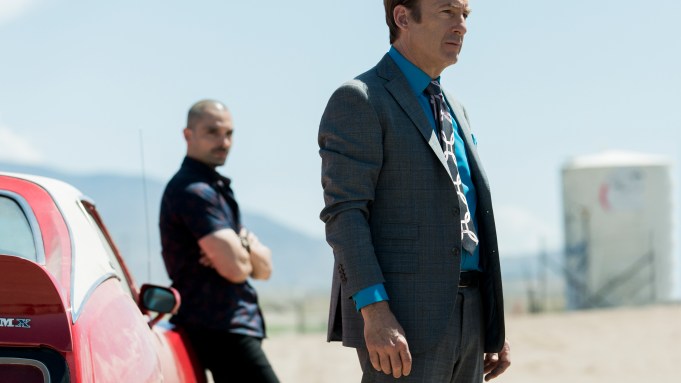 If you ever need a good lawyer, call one. If you ever need to get away with something by any means necesary, Better Call Saul. AMC has set February 23-24 for the two-night Season 5 premiere of its Breaking Bad prequel starring Bob Odenkirk as soon-to-be-erstwhile Albuquerque attorney Jimmy McGill. Watch a teaser above, and check out some first-look images above and below.

It will have been 16 months between original episodes when the Vince Gilligan-created series returns, with Odenkirk’s oily lawyer having told us in the S4 finale that he’s done practicing as “Jimmy McGill.” As Better Call Saul creeps us ever closer to the events depicted in Breaking Bad, his decision to practice law as “Saul Goodman” creates unexpected and profound waves of change for those in his orbit. They include Kim Wexler (Rhea Seehorn), Mike Ehrmantraut (Jonathan Banks), Nacho Varga (Michael Mando), Gus Fring (Giancarlo Esposito), Howard Hamlin (Patrick Fabian) and Lalo Salamanca (Tony Dalton).

The Season 5 premiere will follow a new episode of The Walking Dead. Our money is on Goodman.