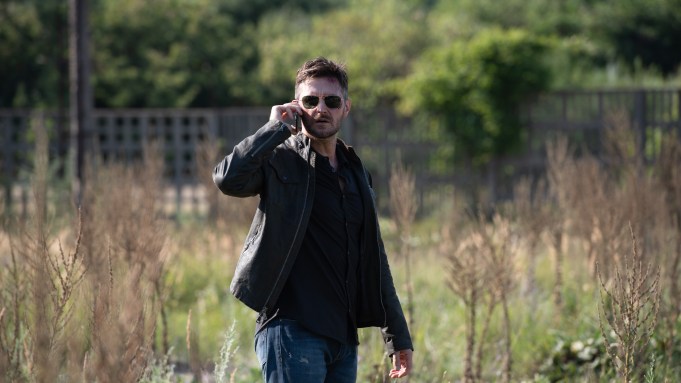 EXCLUSIVE: “The stakes have grown this season,” says showrunner Jason Horwitch of Berlin Station’s December 2 debuting third season. “Berlin Station becomes the tip of the spear, Fort Apache, out in front of an unfolding global crisis of Russia’s making,” the former House of Cards and Luke Cage producer adds of the Epix spy drama.

Or as Richard Armitage’s Daniel Miller of the CIA declares in the exclusive trailer above: “This place is a time bomb!”

Armitage, now Chief of Station Michelle Forbes, Keke Palmer, Rhys Ifans, Ashley Judd, Richard Jenkins, and Leland Orser are all back on what is quickly unraveling into the frontline of a new Cold War. Ismael Cruz Córdova and James Cromwell join the critically acclaimed Olen Steinhauer created series this season as the new and not so new face of the Central Intelligence Agency in this extremely timely 10-episode cycle.

“I was interested in exploring the reality on the ground for CIA as the foundations of western alliances have become unstable and shifted,” Horwitch explained to me of the direction of this upcoming season.

“If America wavers from its postwar pedestal of moral authority and role as world police, where does that leave CIA?,” the showrunner said also of what seems virtually fast moving fact rather than fiction in today’s world. “What if Berlin Station finds proof of a Russian plot which threatens to unravel NATO but diverging allegiances in the Oval Office discourage or bury that intelligence? Can our allies still rely on us? And if America can’t be counted on to fulfill its obligations, who will step in to lead the West?”

Beyond those queries, Horwitch noted the almost overwhelming link to real life geopolitics, for better and worse.

“Every morning in the writers’ room, we’d cringe at headlines about the current administration’s waning support of NATO alongside massive Russian military exercises around the Baltics,” he states. “What seemed like a cautionary tale when we began in February seems more and more plausible as we approach our airdate.”