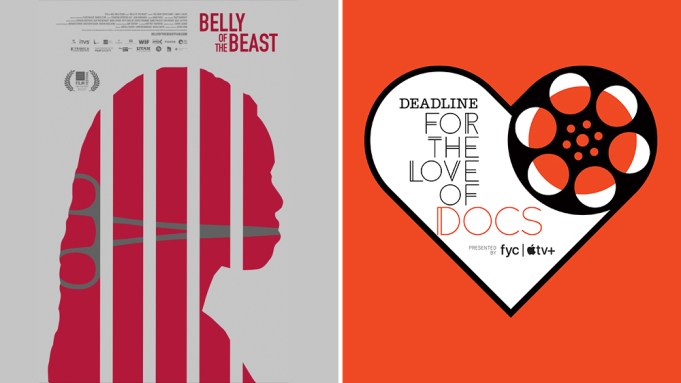 “This is probably the hardest film that I will ever make,” said Belly of the Beast director and producer Erika Cohn during a For the Love of Docs screening of her powerful documentary.

Cohn has worked on feature docus such as The Judge and In Football We Trust  but in Belly of the Beast, she spent nearly a decade uncovering a pattern of illegal sterilizations in women’s prisons and chronicling Kelli Dillon and Cynthia Chandler near impossible battle against the Department of Corrections.

During a post-screening Q&A with Cohn and producer Angela Tucker, they shared their journey to making Belly of the Beast. It all started when Cohn was introduced to Chandler and was inspired by her release work. She was the first attorney to get someone out of prison on compassionate release and co-founded Justince Now which includes board members who are currently incarcerated and forming policy from the inside out.

Chandler started the campaign “Let Our Familes Have A Future” which exposed the multiple ways prisons destroy the basic fundamental right to the family with the most heinous act being the illegal sterilization of women in prison which primarily targeted people of color. Cohn said that this “screamed eugenics”. It was here when Cohn became involved with Justice Now and that led to the making of Belly of the Beast.

“The initial inception of the film was really to chronicle the incredible human rights documentation work that was happening inside and how that information that the prison didn’t want anyone to know about was funneled out through an underground system of activists with ally organizations to challenge what was going on,” said Cohn.

The film pivoted when Cohn met Dillon. “She was this legend for people inside,” said Cohn.

Dillon had fought against the illegal sterilization of women but had since put her work on the issue aside. She boarded the film as an advisor behind the scenes but when the Center of Investigative Reporting released its controversial findings, Dillon stepped back into action on the issue and became a protagonist in the film.

Cohn met Tucker at a film festival and when she showed her clips from the film, Tucker knew that this was something she had to do. “Black, Indigenous and People of Color know from truly lived experience that forced sterilizations are happening and I knew that these things were happening — and I always thought someone should make a film about it,” said Tucker.

Cohn said that this is different from her previous films because she was deeply embedded in the movement as a filmmaker and an activist. Belly of the Beast dives deep into the abuses of power and state-sponsored violence. The film is shocking as we see how people in power have swept the issue of modern-day eugenics in women’s prisons under the rug.

Belly of the Beast debuted at the Human Rights Watch Film Festival in June and is set to premiere on Independent Lens on PBS on November 23.

Watch the full conversation above.