Continue to Deadline SKIP AD
You will be redirected back to your article in seconds
Skip to main content
October 23, 2019 12:43pm 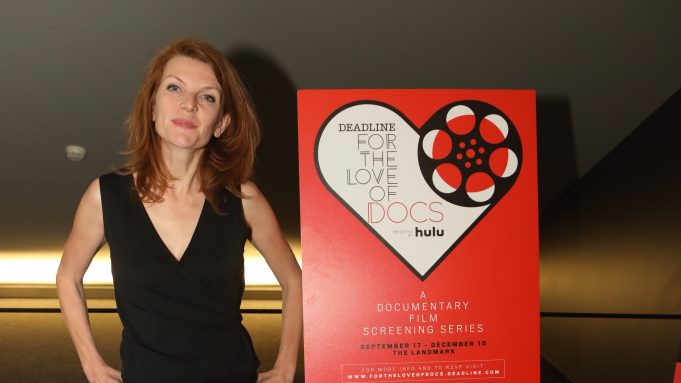 With Bellingcat: Truth in a Post-Truth World, directed by her frequent collaborator Hans Pool, producer Femke Wolting offers a first-hand look at the information revolution transpiring in our era, and the rise of a collective of “citizen investigative journalists” known as Bellingcat. Nominated for an International Emmy Award, the film examines the way in which this group of ingenious, tech-savvy men from around the world band together, using publicly available tools like YouTube and Google Earth to speak truth to power—proving, in one instance, Russia’s involvement in the downing of Malaysia Airlines Flight 17.

As seen in the documentary, Bellingcat founder Eliot Higgins and his team were able to use digital research techniques to pinpoint the location of American war correspondent James Foley’s execution, and identify alt-right individuals involved with the Charlottesville riots. Prior to taking Bellingcat on, though, Wolte had no conception of the power that lies within tools that are currently available, and can be accessed by anyone with internet access and a computer, in pursuit of justice and accountability across the world.

Of the doc’s many shocking revelations, the most surprising to Wolte was the degree to which video imagery can be manipulated, in this day and age. On camera, children could be shot and killed, with car bombings injuring or killing dozens of citizens in war-torn countries. News outlets around the world would cover these stories, without the ability to recognize, as Bellingcat did, that these videos had been staged, for the purpose of propaganda.

“We were kind of blown away with that,” the producer admitted, sitting down for a discussion of the film at the Landmark Theater last night. “Currently, [Bellingcat is] investigating new methods, where people are using video software, where you can basically have anybody say anything you want—have it be Obama, [saying] something that’s really made up, and you really cannot see the difference.”

To bring Bellingcat to the screen, Wolting and Pool had to sit down with the members of the collective, and convince them to take part in the doc. On the one hand, the collective’s founder had made his name, face and writing widely available online, in the work he was doing. But no other member of Bellingcat had yet done the same. “They really had to think about whether they wanted to be seen in a film and be recognizable. So, we talked for a long time with them—[about] what we could film and what we could not film. Eventually, they were all okay to be filmed. We didn’t film their houses, only outside, but they definitely took a risk,” Wolte said. “[With] what they’re doing, they’re really putting a lot of pressure on the Russian government, and they have already done violent acts towards people who stood up against the Russian government. So, I think they were very courageous to take part in the film.”

While Bellingcat sheds light on many discomfiting facts regarding life in a “post-truth” world—touching on the decline of investigative journalism, and world leaders’ persistent use of disinformation—Wolte left the shoot feeling encouraged and inspired. “It’s kind of a threatening time, and it’s easy to get overwhelmed, to feel like you’re powerless—and it’s hard to really do something,” she said. “You see these young people standing up and going after the truth, [and] you realize there is something you can actually do, and it’s not that hard. You don’t have to have a certain job, you don’t have to have money—you can just do it. You can start, just by joining a collectivist [like] Bellingcat.”

To hear more from the producer of Bellingcat—one of 10 documentaries represented at Deadline’s For The Love of Docs Screening Series this season—click on the video above.