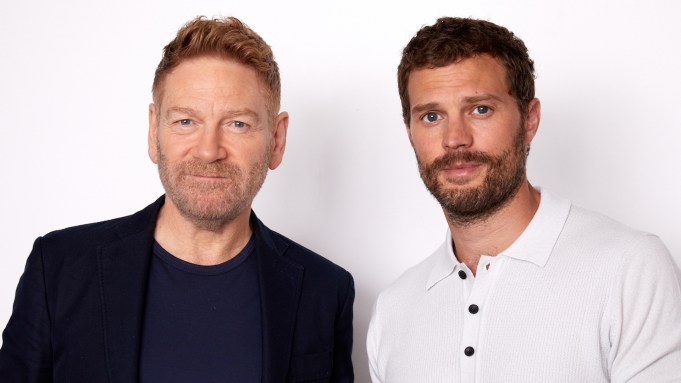 In his most personal film to date, Kenneth Branagh’s Belfast tells the story of a fictional nine-year-old version of himself during the Troubles in late ’60s Northern Ireland.

“It’s really the story of something that happened to me when I was nine years old,” says Branagh, “that happy life with a big extended family in a very exciting place to live, where life was about playing football, family, meals, a bit of church, and lots of movies. How you dealt with life once, just as we felt all in the last 18 months or so, when your world is turned upside down by uncertainty.”

Jamie Dornan, who plays Pa in the film, connected with the character immediately as someone who is from Belfast himself.

Click on the video above to watch Branagh and Dornan discuss the film.