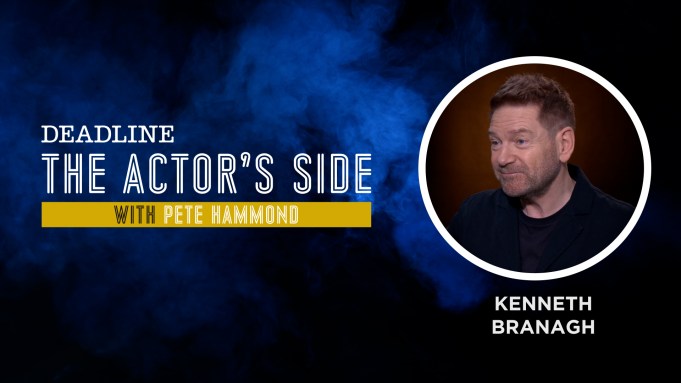 Kenneth Branagh simply exploded on the movie map in 1989, scoring Oscar nominations not only as Best Actor but also Best Director for his version of Henry V. He had been in a movie or two (an uncredited role in the 1981 Oscar winner Chariots of Fire is his first IMDb credit), some TV and of course auspicious beginnings on stage, but this took him to another level, with immediate comparisons to Laurence Olivier.

In the intervening years, he has become the No. 1 screen chronicler of Shakespeare with Much Ado About Nothing, Othello, Hamlet, Love’s Labour’s Lost, As You Like It and even All Is True, in which he played Shakespeare. He also has played the man to whom he is so often compared — the aforementioned Olivier — in My Week with Marilyn, which told of the making of the 1957 Olivier-Monroe film The Prince and the Showgirl. It won him another Oscar nomination, this time as Best Supporting Actor. Branagh also has been nominated in the past for his Screenplay Adaptation of Hamlet, as well as a live-action short he directed in 1993 called Swan Song.

Kenneth Branagh On ‘Belfast’: “I Wanted To Go Back And Shake Hands With That 9-Year-Old Version Of Myself” – Contenders L.A.

This year Branagh should break this unique Oscar record easily, assuming he wins nominations for his Original Screenplay for Belfast as well as producing a Best Picture nominee with the same film. That feat alone would give him the record of a stunning seven nominations in secen different categories. Belfast, his most personal film yet, is a black-and-white thinly disguised memoir of his growing up during the Troubles in 1969 Northern Ireland. It has been a front-runner for Oscars since its Telluride debut in September and just this week was nominated for a leading 11 Critics Choice nominations.

Branagh doesn’t appear in the film, but he directed, wrote and produced it. His filmography covers the waterfront in that way ever since he shot onto the scene and into Hollywood fame. His most recent acting includes Hercule Poiroit in remakes of Agatha Christie’s Murder on the Orient Express and the upcoming Death on the Nile, also serving as director on both as well. He is just as comfortable behind the camera as he is in front, having also helmed huge franchise movies like Thor, and Disney’s live-action versions of its classics including Cinderella.

Branagh joins me today on this week’s edition of my Deadline video series The Actor’s Side, where this journeyman star talks about all of his extraordinary career — and especially why 50 years later became the time to tell the story closest to his heart. To watch our conversation and to hear Kenneth Branagh deliver his ‘actor’s side’ just click on the link above.

Join me every Wednesday during Oscar season for a new edition of The Actor’s Side.