Contenders International Is On Lunch Break: ‘Eternal Spring’ Up Next - Watch The Livestream
Read the full story
October 19, 2021 6:16am 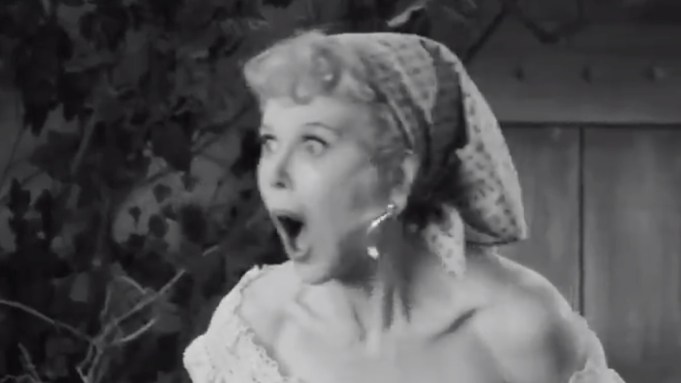 “I get paid a fortune to do exactly what I love doing,” Nicole Kidman says in the first teaser for Being the Ricardos, released today by Amazon, along with the film’s December 21 release date. “I work side by side with my husband who is genuinely impressed by me, and all I have to do to keep it is kill for 36 weeks in a row—and then do it again the next year.”

Writer-director Aaron Sorkin’s follow-up to The Trial of the Chicago 7 is a biopic of I Love Lucy stars and real-life couple Lucille Ball (Kidman) and Desi Arnaz (Javier Bardem). It’s set during one production week on the TV comedy—from Monday table read through Friday audience filming—when the pair face a crisis that could end their careers and another that could end their marriage.

“You know, I did this show so that Desi and I could be together,” Kidman’s Ball admits in voiceover. “I had no idea it was going to be a hit.” Of course, in the end, it would prove to be so much more—enduring for generations as a classic, following its six seasons on CBS, which saw it win four Emmys, among numerous other accolades.

Check out the teaser for Amazon’s latest above.