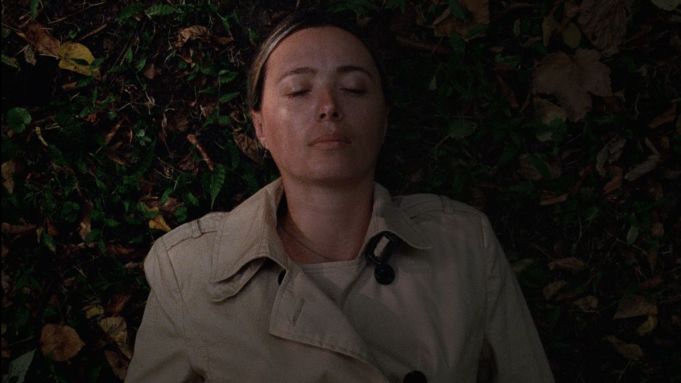 The film charts the story of a persecuted family of Jehovah’s Witness missionaries from the perspective of a wife and mother. Following a shocking act of arson on the place of worship she and her husband have established in a remote village outside of Tbilisi, Yana (Ia Sukhitashvili) finds herself descending into a spiral of confusion and doubt, her suffering exacerbated by her debased treatment at the hands of the local police.

The filmmaker said: “I specifically wanted to scrutinize the interior life of a woman who, by her society’s definition, is demoted to a secondary character: the wife of a religious leader. I firmly believe that in a so-called traditional narrative Yana would be relegated to a supporting character. I was interested in examining her mundane reality, her boredom. The details of Yana’s daily life, small and insignificant at first glance, became fascinating to me: the detour she takes to return home, the way she does her nails, her impulse to wonder around a house at night when she’s scared. The fabric of the film resembles the Fall from Paradise, the fall from grace. Eve recognized the limits of Paradise and took a step into the unknown. Yana does the same thing. She transgresses the limits, stepping beyond the biological circle of her life.“

Kulumbegashvili was born in Georgia and studied film directing at Columbia University and media studies at The New School in New York. Her debut short Invisible Spaces played at Cannes International in 2014.