Continue to Deadline SKIP AD
You will be redirected back to your article in seconds
Skip to main content
January 27, 2019 2:47pm 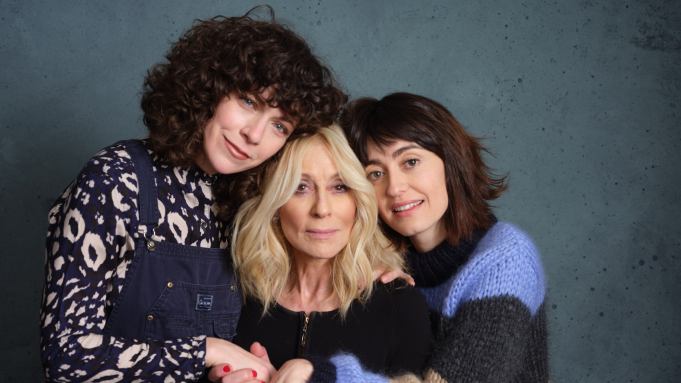 Director Hannah Pearl Utt co-wrote the screenplay for the film Before You Know It with her frequent collaborator Jen Tullock. The two star in the film — which makes its premiere tonight at Sundance — alongside acting legend Judith Light. The trio stopped by the Deadline Studio to talk about the film as well as the need for more female-driven narratives on film made by women.

“What’s really been fascinating to me being more mature in terms in my career is to get to work with young women filmmakers that are a team that are open and that are available,” said Light.  “It’s this evolution that is coming to the floor now — about women in film who are making these kinds of stories.”

The story focuses on Rachel (Utt), a stage manager who lives in her childhood apartment with her actress sister Jackie (Tullock) and their eccentric playwright father Mel (Mandy Patinkin) as well as their deadpan preteen niece Dodge (Oona Yaffe). They live above a theatre which they operate. In the wake of a sudden family tragedy, Rachel and Jackie learn their presumed-deceased mother (Light) is actually alive and thriving as a soap-opera star. Now the sisters’ already-precarious balance turns upside down, and Rachel must figure out how to liberate herself from this surreal imbroglio.

“I was really interested in taking this larger than life farce/soap premise and grounding it in an emotional reality that is indicative of how we actually move through the world,” says Utt.

Utt and Tullock are frequent collaborators and the journey to Before You Know It has been long in gestation. “We started writing a version of it eight or nine years ago and as such, it became a needlepoint that we would come back to,” says Tullock.

During those years, she said that they made a handful of other things and it was through that process that they created a collaboration that makes sense.