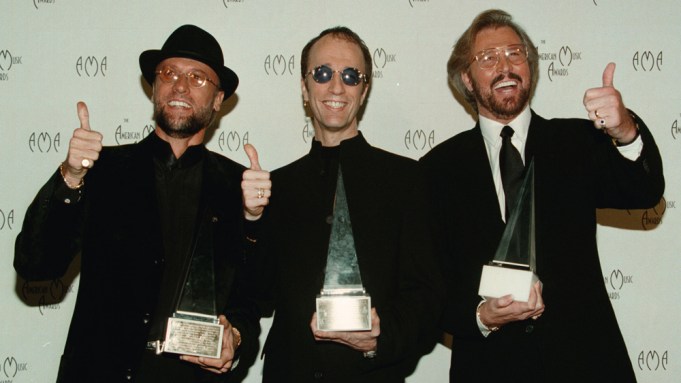 “When you’ve got brothers singing,” Oasis’ Noel Gallagher says, “it’s like having an instrument no one else can buy.”

But when the Brothers Gibb sang, pretty much everyone bought in — by the millions.

Here is the first full trailer for The Bee Gees: How Can You Mend a Broken Heart, HBO Max’s documentary on the iconic sibling trio who got famous in the 1960s but pretty much had transcended fame by the late ’70s. Check it out above.

Five-time Oscar-nominated producer Frank Marshall makes his feature documentary helming debut on the film, which follows Barry Gibb and his twin kid brothers Robin and Maurice from their early days and through their singular career. They would write more than 1,000 songs, nine of which hit No. 1 for the Bee Gees in the U.S. alone — including six in a row from 1977-79.

How Can You Mend a Broken Heart traces the group’s meteoric rise as they rode the highs of fame and fortune, negotiated the vagaries of the ever-shifting music business and navigated the complexities of working so intimately alongside family. To that end, there’s also commentary from members of some famous musical brother acts, and two Gibbs are quoted in the trailer saying, separately: “We all wanted individual recognition,” and “all three of us did things to each other that I think we’re all sorry for.”

The pic is a Polygram Entertainment presentation of a Kennedy/Marshall and White Horse Pictures production in association with Diamond Docs. HBO Max starts streaming the film on December 12.