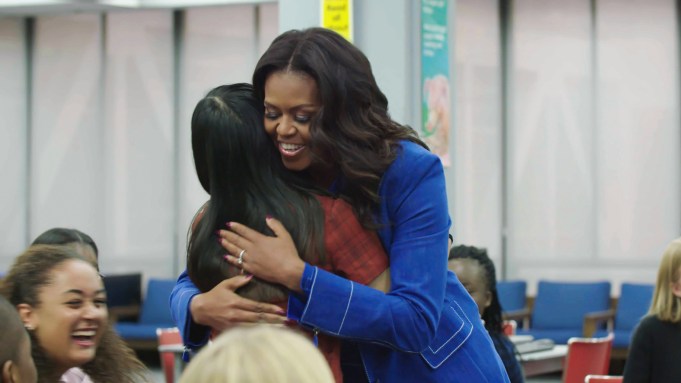 Netflix on Monday released the trailer for Becoming, the documentary feature about former First Lady Michelle Obama’s life, revolving around her 34-city book tour for her bestselling memoir of the same name.

The docu, directed by Nadia Hallgren, marks the the latest film from Higher Ground, the production company Barack and Michelle Obama formed in 2018 and inked a firt-look deal at Netflix. There films so far: Crip Camp, the Nicole Newnham- and James LeBrecht-directed film about a summer camp for teens with disabilities, and American Factory, which won the Best Documentary Feature Oscar this past year.

Becoming, which debuts on the streamer Wednesday, is the intimate look into the life of Michelle Obama, both before and after her husband spent eight years in the White House. It takes viewers behind the scenes on the book tour, a cultural phenomenon that included a stop at New York’s Barclay Center in front of 19,000 attendees.

The book was published in 2018 by Crown and was that year’s best-selling book.

“This is totally me, unplugged, for the first time,” she says in the trailer.