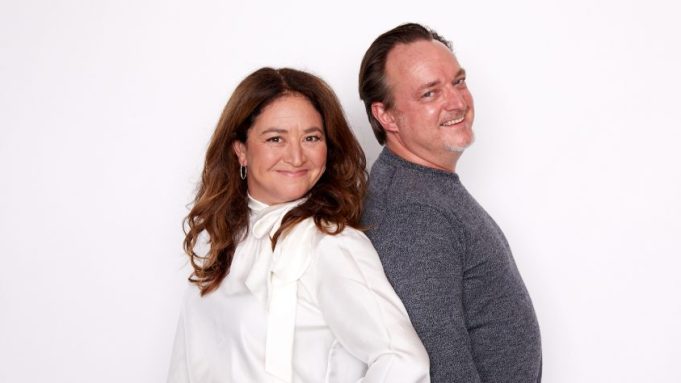 Filmmaker Liz Garbus is nominated for an Emmy this year for directing an episode of the Hulu dystopian drama The Handmaid’s Tale, but she isn’t abandoning her work in documentary.

Garbus’s latest nonfiction film, Becoming Cousteau, holds its international premiere at TIFF following an unveiling earlier this month at Telluride. The documentary from National Geographic tells the story of Jacques-Yves Cousteau, the French marine explorer, conservationist, filmmaker, inventor and author who became a huge star on American television with his ABC series The Undersea World of Jacques Cousteau, which ran from 1966-76.

“It’s incredible in today’s world to imagine a conservationist was one of the most famous, well known, well-respected voices across the globe,” Garbus explained as she and the film’s editor and co-writer, Pax Wasserman, stopped by Deadline’s TIFF Studio in Toronto. “The Undersea World of Jacques Cousteau was the most successful TV documentary series in history and it was all over the planet at a time when there were not a thousand channels, there was less to watch, so we all watched it.”

Cousteau was trained as a naval pilot, but a terrible auto accident cut short that aerial career. His attention shifted from the skies to the seas after French divers recommended he take up plongée sous marine to rehab from his severe injuries. A burgeoning passion for the oceans inspired him to dream up all kinds of things—some of them fanciful in retrospect, like an “undersea village” where humans could live—but others quite practical.

“He developed really the first hand-held underwater camera and obviously the aqualung he invented was also one of the early scuba-like devices,” Wasserman noted. “Later on it was a diving saucer—he was very influenced by space exploration. He sort of fashioned himself as also being like an ‘astronaut of the sea.’ He developed [what] looked like a flying saucer that would go into the water, and things like that. But it was always to see for himself and then share it with other people.”

The film says ABC ultimately dropped Cousteau’s show after he became more strident about ecological damage to the ocean. That didn’t stop the intrepid explorer from warning about the ruinous impact of climate change on the oceans and humankind.

“He was one of the early voices to connect the dots” on global warming, Wasserman said, “and to popularize that argument in a way that people could listen to.”

Cousteau never lost his zest for telling stories of the ocean, an environment of wonder and beauty that fascinated him for a lifetime.

“Jacques Cousteau referred to his appetite for filmmaking as a kind of sickness, which I can definitely identify with,” Garbus observed. “He said, ‘I am miserable when I am not making a film,’ and I certainly identify with that compulsion.”

Click on the video above to hear more of Garbus and Wasserman discussing Becoming Cousteau, including how a young Louis Malle, the future filmmaking great, joined Jacques’ underwater adventures.