Continue to Deadline SKIP AD
You will be redirected back to your article in seconds
Skip to main content
October 22, 2021 6:08pm
1Comments 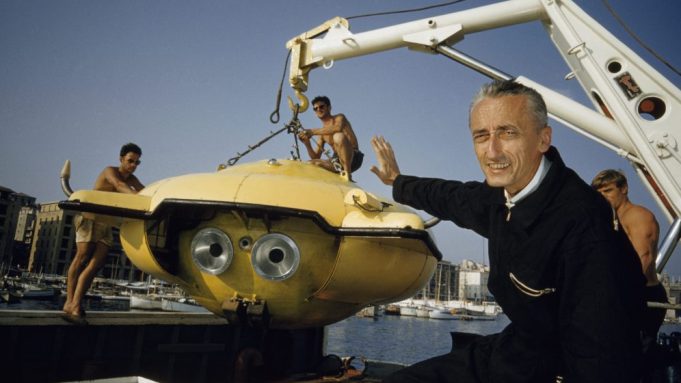 EXCLUSIVE: Over his 87 years of life, Jacques-Yves Cousteau was variously an officer in the French navy, a pilot, an inventor, an author, an ocean explorer, and filmmaker. It’s in the latter two roles that he is best remembered, plying the seas aboard his beloved Calypso, documenting the exotic world beneath the waves.

“He was an enormous global celebrity,” notes filmmaker Liz Garbus, director of the National Geographic documentary Becoming Cousteau, which opens in theaters today. She grew up watching his pioneering ABC series, The Undersea World of Jacques Cousteau.

“There were three channels and there was Wild Kingdom and The Undersea World of Jacques Cousteau and it was a joy to be in the living room and be taken on these journeys with him. And there was nothing else like it,” Garbus tells Deadline. “Our parents probably approved of our watching it and it pulled a curtain on a mysterious world that we’d never seen. And what’s more fun than that? He had this character of the explorer, the watcher, and we experienced the world through his eyes.”

In the 1940s Cousteau had made improvements to breathing apparatuses, permitting divers to remain underwater for much longer periods of time. Later, he created a camera housing to facilitate filming of marine life.

“He invented something totally transformational,” Garbus says, “a camera that could essentially be handheld [underwater] and allow you, the viewer of the footage, to feel like you were swimming amongst the dolphins and the fish and looking at the reefs. It was totally revolutionary.”

Becoming Cousteau is off to a strong start as Oscar season ramps up, earning five nominations earlier this week for the Critics’ Choice Documentary Awards, including Best Documentary Feature, Best Archival Documentary, and Best Director. The film reveals how Cousteau, short of money in the 1950s and wishing to continue his research, accepted money from British Petroleum to help look for oil in the Persian Gulf. It was a decision he would come to lament, because of the environmental damage later wreaked by offshore oil exploration.

“I think I was naïve,” Cousteau says in the film. “But we didn’t have a penny.”

In the last few decades of his life he became an ever more ardent advocate for protecting the oceans, and he saw our fate as indelibly linked to the health of the marine ecosystem.

“He said himself, ‘My work is no longer about pretty little fish, but it’s about the future of mankind.’ And he understood the connection–and we now understand the connection– between the survival of the oceans and the survival of our planet,” Garbus says. “The dire predictions that he was talking about since the early ’70s about the degradation of coral reefs, about warming waters he felt against his own skin… Cousteau called it out.”

In the exclusive clip above, Cousteau makes appearances on two television talk shows, including The Dick Cavett Show, speaking of his regrets and the harm “industrial interests” were doing to marine habitats.