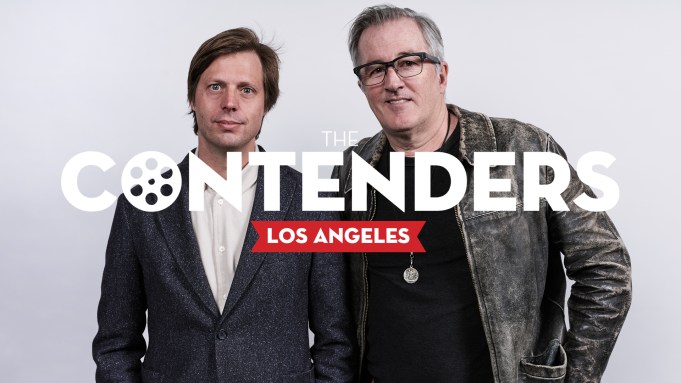 Director Felix van Groeningen and his Beautiful Boy co-writer Luke Davies joined me this month at Deadline’s eighth annual The Contenders Los Angeles awards-season event for a conversation on how their new film came into the world.

The pair, both previous Oscar nominees, talked about how their collaboration began, coming after van Groeningen’s great success with The Broken Circle Breakdown, Belgium’s Foreign Language Oscar nominee in 2014. He took a meeting with Plan B’s Jeremy Kleiner and Dede Gardner where he sparked to the idea of making a film based on not one but two books dealing with the father-son relationship of David and Nic Scheff, and their individual struggles in dealing with Nic’s severe meth addiction.

Davies, himself once an addict, told the SRO crowd of Academy and key guild voters at the DGA Theater how he had already dealt with drugs in movies by writing the book Candy and its screenplay. That film starred Heath Ledger, famously a victim of drugs, and Davies talks about how he absolutely had no interest in exploring this world again on film. That is, until a call from his own father and news of Philip Seymour Hoffman’s tragic overdose came just as this movie offer also turned up. He felt he had something new, and urgent, still to say on the subject.

Check out our conversation about the Amazon Studios movie above.