Continue to Deadline SKIP AD
You will be redirected back to your article in seconds
Skip to main content
October 30, 2018 2:15pm 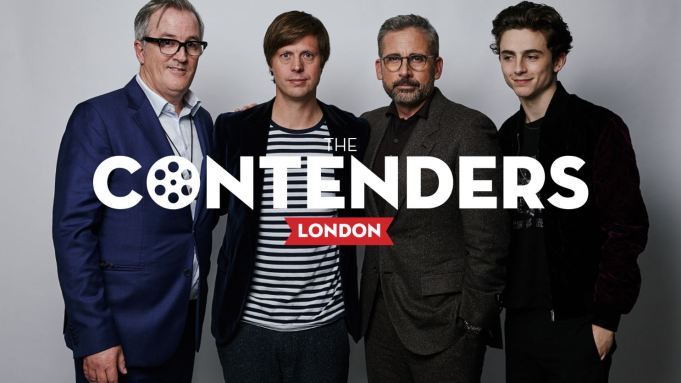 The harrowing and emotional story of a father’s struggle with his son’s drug addiction, and a son’s struggle to battle his inner demons, Felix van Groeningen’s Beautiful Boy is based on the two memoirs of David and Nic Sheff and delivers a pair of the year’s finest performances, from Steve Carell and Timothée Chalamet. But for co-screenwriter Luke Davies (Lion), it was an opportunity he nearly let pass by after working through his own struggle with heroin addiction.

“I read the books and I recognized their power and their authenticity,” Davies said during Deadline’s The Contenders London event. “But I had written Candy—the novel and the film—10 years earlier, and it was based on my own experience as a heroin addict in my 20s, and I had decided not to take the job.”

His agent encouraged him to take the meeting with Plan B anyway, but he was resolved to say no. What changed his mind was an email from his father. “Four days before that meeting Philip Seymour Hoffman died, and the night before that meeting my father wrote me an email and just randomly said, ‘Did you hear about Philip Seymour Hoffman? That’s so sad. Luke, sometimes I feel this family is so blessed.’ He was talking about his awareness of the tenuousness of recovery and addiction and my own experience. The email made me cry. In Candy, I never dealt with my relationship with my father, because it was too emotionally problematic to deal with in the novel and in the film. So I thought, OK, maybe this is a message from the heavens, and I went for the job, and I was lucky enough to get it and be sitting here now.”

“It feels very urgent in the United States right now,” said Chalamet of the potency of the project. “There’s a big crisis—not particularly with methamphetamines but with opiates—a lot of young people are getting addicted and lost to this disease.”

Chalamet won the Beautiful Boy role before Call Me By Your Name put him on the map last year. He joked: “Also, I didn’t have a career at this point so this was a job, you know.”

Chalamet and Carell met with David and Nic Sheff before the project began. “It wasn’t a meeting in which I was trying to probe [David] for information,” Carell shared. “I didn’t want to mimic him. I just wanted to get to know a little bit about him. I related to it; I have teenagers and it’s something that terrifies me, the thought of a child spiraling into that and me having no idea.”

Said van Groeningen: “We wanted to approach this very pure and very close to himself. It’s amazing that Steve wanted to go there because it’s super vulnerable and tough. It’s done with such power and there’s so much internal going on.”