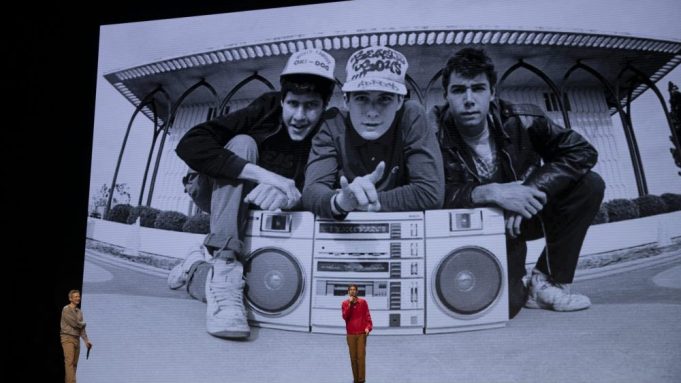 Now here’s a little story I got to tell… it’s about iconic hip hop group the Beastie Boys, and it’s coming to IMAX theaters and Apple TV+ next month.

Spike Jonze wrote and directed the feature doc, which was built out of last year’s stage production with surviving band members Mike Diamond and Adam Horovitz, in which they recounted the 40-year history of the band. The film splices in archival footage of the group, featuring the late Adam Yauch, who died from cancer in 2012, across years of touring and partying, through peaks and troughs.

The project reunites the Beasties and Jonze 25 years after their collab on the music video for hit single Sabotage.

Beastie Boys Story is produced for Apple by Fresh Bread and Pulse Films in association with Polygram Entertainment. It will play in IMAX theaters on April 2 before being available globally on Apple TV+ on April 24.