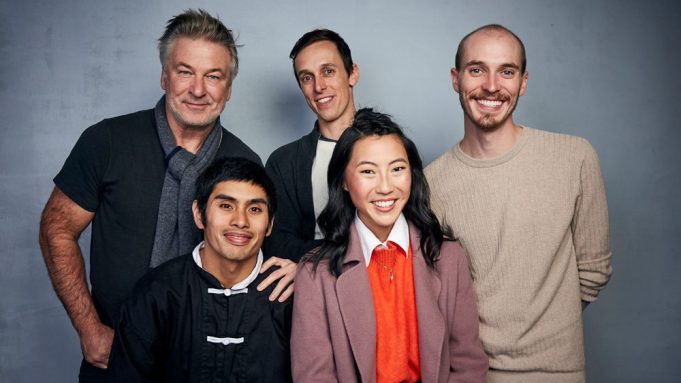 Danny Madden premiered his short film Krista at SXSW in 2018, but he felt that there was more story that needed to be told with the titular character, a popular and charismatic theatre kid (played by Shirley Chen) living in a quiet southern town. That said he stretched the short into a full-length feature, Beast Beast.

“We had such a great time making the short — it’s such a powerful film,” Madden said at the Deadline studio at Sundance. “We became tight with Shirley and she has more life and bubbliness — I felt that was something missing from the short.” He added that he wanted to pair her story with other stories he wanted to tell to “Weave them together into a triptych.”

Chen reprises her role as Krista in Beast Beast and stars alongside Will Madden and Jose Angeles who joined Danny Madden in the studio with executive producer Alec Baldwin. The film follows Krista as she finds herself increasingly drawn to Nito (Angeles), the new student in her high school who catches her attention with his impressive skating videos. The two share an easy rapport and quickly grow close.  Their lives and that of her gun-loving neighbor, Adam (Will Madden), will soon become intertwined—until they reach a breaking point.

“You get to see a lot more [of Krista’s] personality and how she is with her friends,” said Chen. “We really find out that theater and her friends are the most important things to her in her life — I really resonate with that. I went to a performing arts school where I was a theater major.” She said that she was a zany theater kid and it very much fits into who she is and how she experienced high school.

Baldwin was impressed with Danny Madden’s short and his ability as a filmmaker. After reading the feature script, Baldwin said, “We wanted to be in the Danny Madden business. He, like the director, was also taken by Chen’s performance and how the story gives us hope and helps us get through troubling times through truth.

“We are living in a world now where what’s going on in particular quadrants is anything but the truth,” said Baldwin. “It’s painful for people. The arts help most people get through…in a world that’s becoming increasingly difficult to manage.”