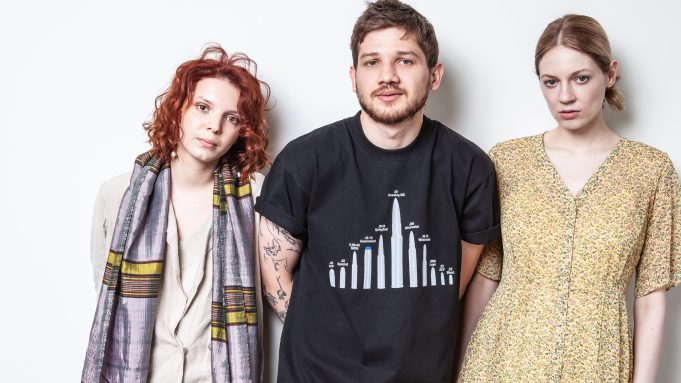 Returning Russian director Kantemir Balagov, who won a FIPRESCI Prize with 2017’s Closeness, and served on Cannes’ Un Certain Regard jury last year, is back in that section with Beanpole. The film follows two young women as they search for meaning and hope in the struggle to rebuild their lives among the post-siege ruins of World War II-devastated Leningrad.

In the video above, Balagov tells us on a stop at Deadline’s Cannes Studio that his inspiration for Beanpole came from Svetlana Alexievich’s book The Unwomanly Face of War. “It was interesting for me because no one has shown in Russian modern cinema the face of the women after the war.” Why did such a young man (Balagov is not yet 30) want to visit WWII for his latest work? “In cinema, there’s no gender connection, no time connection. It’s timeless,” he says.

Turning to more current events, Balagov says filmmaking in contemporary Russia comes with its obstacles. “The only source for young people to get money for film is the Ministry of Culture, so if they don’t like something, it’s easy: you don’t get the money.”

Beanpole is produced by Alexander Rodnyansky who was also behind Oscar nominees Leviathan and Loveless, and had brushes with controversy over the former. Following up on Balagov’s comments, he tells us, “I don’t apply with these kinds of films for government support. Not at all. I do agree with Kantemir there are many talented people in the country and I’m very committed today to come up with a few young filmmakers to make them able to speak freely on the subjects they want to choose and do the movies they love to, passionately love to, that’s important for me.”