Continue to Deadline SKIP AD
You will be redirected back to your article in seconds
Skip to main content
September 16, 2019 8:13am 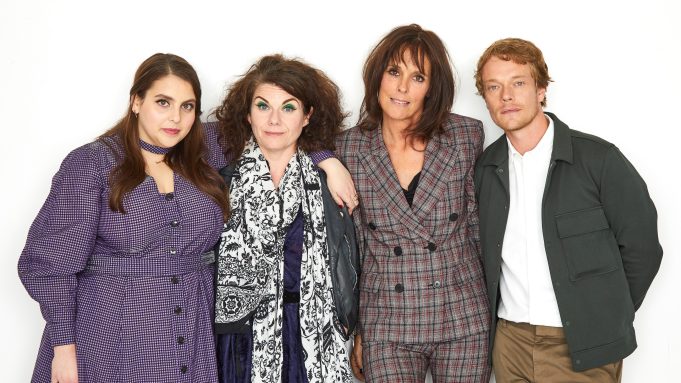 British journalist Caitlin Moran began writing for the rock press in the early ’90s, at the age of 16, and her experiences in the field provided the basis for her second novel, How to Build a Girl, in 2014. A film version has been in the works ever since the novel was first published, and this year director Coky Giedroyc brought it to TIFF, with Lady Bird’s Beanie Feldstein in the leading role as the precocious Johanna Morrigan.

Is Morrigan Moran’s alter ego? Even the author isn’t sure. “We have arguments about how fictional it is,” Moran told us when she came to the Deadline studio, “but 90% of what you see on the screen is something that happened to either me or a friend, and I then stole that story and put it into the script. The story, in a nutshell, is about a girl—a working class, poor, optimistic, very wordy, very funny, very intelligent girl— who’s stuck in a small town and decides that the best way out of it is to become a music journalist. Then she finds out the best way to be a music journalist is to become an evil person, destroying bands for cash, and then she realizes that’s a really bad move, because people are getting upset.”

Although Feldstein—sister of Jonah Hill and a Los Angeles native—might seem an odd choice to play a British Midlander, Moran couldn’t have been happier with the decision. “It was only when we got Beanie that I realized how impossible the film would have been without her,” Moran said. “Thankfully, a film takes a very long time to make, so in the time that it took us to write this film, [we were able to find] someone who could play a 16-year-old, who was funny and sexy and brash, and could go on this huge journey. If we’d done it any earlier, we just wouldn’t have been able to make it. It was Beanie or bust.”

To find out more from Moran and co., click on the interview.