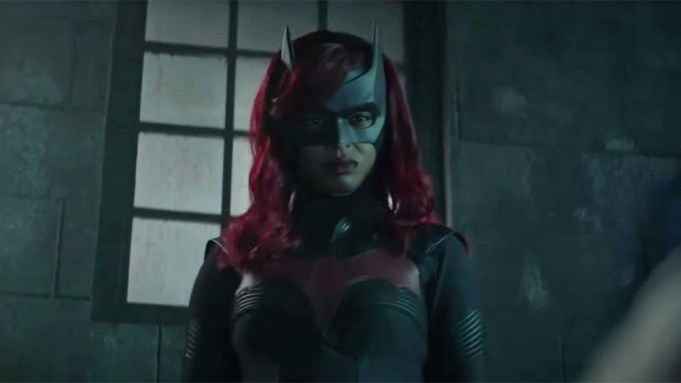 “Time to be powerful,” says Javicia Leslie’s Ryan Wilder in the new promo for the next chapter in The CW’s Batwoman. Based on the TV spot, the new Batwoman is bold, rebellious and not to be messed with — and we are here for it.

In the latest look at Batwoman, Ryan dons the cape and cowl — with a couple of modifications. We see the new Batwoman kick some major ass, and it is clear that Alice (Rachel Skarsten) sees her as a threat, saying that she is a “handful.”

The promo gives us a peek at what’s in store for Ryan, and it aligns with what executive producer Caroline Dries revealed about the new season of the superhero drama at DC FanDome in September.

Dries said that Season 2 will follow two major stories — the first being what happened to Kate Kane. All the characters will have different points of view and it will be “shocking, awesome and amazing.”

The second is the new hero that is rising in Gotham. Dries said that Ryan is a new character in the DC world and that “she has a lot going against her. She was a statistic of injustice and the system is not built for this person. She has constantly battled through the system — through her whole life and now as Batwoman.”

Based on what we have seen, Leslie, who takes over the titular role from Ruby Rose, brings a new, fresh take on Batwoman. During DC FanDome, Leslie, who is bisexual, said it is an honor to play a character that is just like her. She points out that it is not common to play a character that represents the community that she belongs to. “It feels really powerful,” she said. “With everything that’s going on right now, this is what we need. We need to see representation.”

She added, “I feel like there are so many little Javicias that don’t have voices…I feel honored to be able to be a voice for my community.”