Warner Bros Discovery CEO David Zaslav On Rumored Merger Talks: "We Are Not For Sale"
Read the full story
September 16, 2019 10:17am 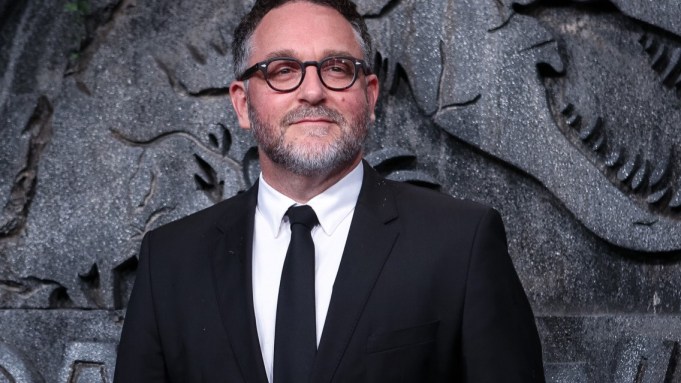 Colin Trevorrow plunges back into the dinosaur business in a big way with the Universal Pictures’ tentpole Jurassic World 3 in June 2021, but the director of the 2015 brand-revitalizing hit Jurassic World dipped back in Sunday night with the FX premiere of Amblin Entertainment’s eight-and-a-half minute dino-short Battle at Big Rock.

Written by Trevorrow and Emily Carmichael and directed by Trevorrow, the short is set in  Big Rock National Park one year after the events depicted in Jurassic World 2 (the 2018 sequel that Trevorrow co-wrote with Derek Connolly) that have let loose all manner of prehistoric beasties in the contemporary world. The short presents a family of four who find themselves uncomfortably close to showdown between a T. rex and some triceratops who fight horn-and-tooth.

Jurassic World 2 gobbled up more $1.3 billion in global box office. Chris Pratt and Bryce Dallas Howard are returning for the next installment, which is the sixth in the brand family following the original Jurassic Park trilogy. On tonality, Trevorrow has described the next film as a “science thriller” following the second trilogy’s “action-adventure” opening installment and it’s “horror-suspense” middle chapter.

Trevorrow had been slotted at one point to direct the next Star Wars release (now titled Star Wars: Episode IX – The Rise of Skywalker and helmed by J.J. Abrams) but left the project in 2017.

Check out the mini-movie above.