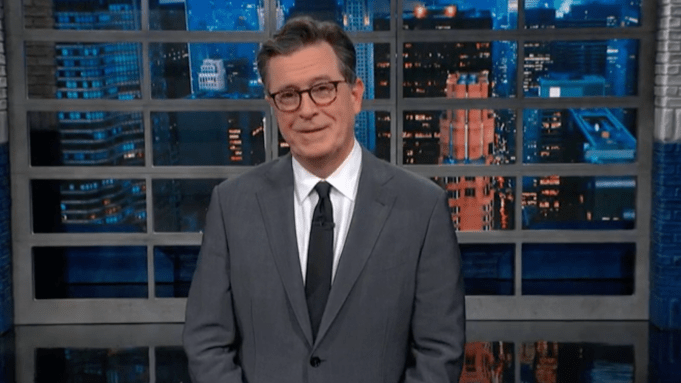 The host mentions Vice President Kamala Harris’ approval rating which doesn’t look to good. According to the late night host, her approval sits at 28 percent, and put into perspective, that’s a lot worse than it seems.

“The movie Batman vs. Superman has an approval rating of 29%,” he said. “So Kamala Harris is 1 percent less popular than watching two and a half hours of Batman and Superman wrestle each other, then realize their moms have the same first name. So they decided to be friends.”

People close to Harris say she’s annoyed with Biden for stonewalling her, and not being allowed to handle issues like the border crisis. Colbertt is surprised at her reaction to not being able to make an impact as the VP

“Wait! You’re telling me that being Vice-President is a thankless job with no real power?!”

He would definitely have voted for Harris if she ran for President. However, the current VP isn’t worried about 2024, and instead would rather be there for sitting President Joe Biden.

“She is instead focused on being Joe Biden’s Joe Biden. That sounds rambling and repetitive–so goal achieved!” Colbert said.