Disney Board Member Susan Arnold To Succeed Bob Iger As Chairman Upon His Exit From Company
Read the full story
June 20, 2018 12:45pm
1Comments 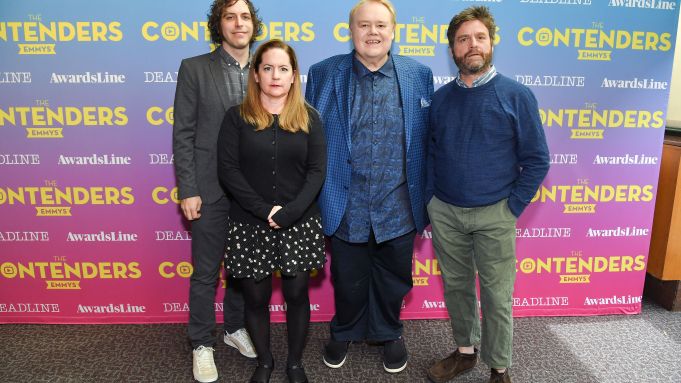 For Zach Galifianakis, the co-creator and star of FX’s comedy Baskets, it was the simple notion of a California rodeo clown that inspired a series now in its third season. “That idea was enough fertile ground to kind of grow everything up,” he said recently at Deadline’s annual The Contenders Emmys awards-season event.

About as offbeat as comedies come, the Bakersfield-set series centering on twins Chip and Dale Baskets (both played by Galifianakis) and their mother Christine (Louie Anderson) has been a critical boon for FX, landing three Emmy nominations and a win for Anderson within its first two seasons.

For Galifianakis, in establishing protagonist Chip, it was important to go after a character that wasn’t likable right after the bat. “I don’t know why on TV, everybody has to be so goddamn likable,” the actor deadpanned. “In books, that’s not the case; it’s weird.”

In the mind of co-creator Jonathan Krisel—who also appeared on the panel at the all-day event at the DGA Theater along with Anderson and co-star Martha Kelly—the idea with the “slapstick drama” was to pay homage to the Golden State, offering up a “real love letter to California.”

“Huell Howser is a big influence on this show. He’s in it this season, in old clips. So it’s this California family,” Krisel said. “There’s been so many things about East Coast, Kennedy-like families, but this is a real California family.”

During the panel, Krisel gave a bit of a window into the series’ writers’ room, while Kelly touched on the cast her character has worn on her right arm throughout all three seasons of the series, for unexplained reasons. “They haven’t made the backstory for why I have a cast, and I don’t know if they ever will,” the actress admitted. “We’ve talked about it, and when we shot the pilot, we did some takes with some possible explanations, but they didn’t make it in—and I don’t know if they’re ever going to address it.”

Wrapping its third season in March, Baskets was renewed for a fourth go-round last month.