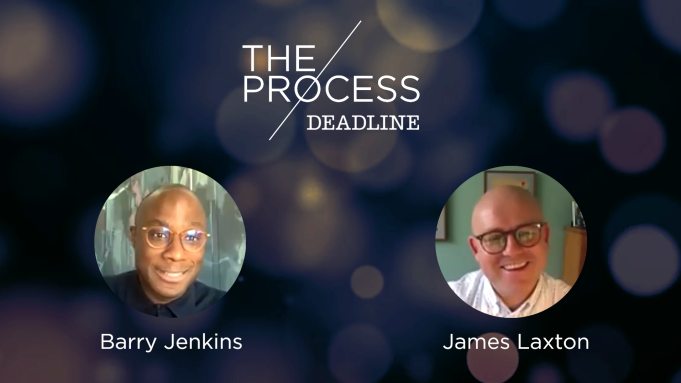 As he set out to shoot The Underground Railroad, cinematographer James Laxton felt “an incredible amount of pressure.”

His latest project with longtime collaborator Barry Jenkins was their first TV series, and he felt a sense of responsibility to do justice to the “fantastic” source material on which it was based.

“I think there’s just so much in that story that needed to be told, and it needed to be great,” Laxton tells Jenkins on The Process. “So, it just felt like a lot of weight to shoulder.”

Certainly, Jenkins felt the pressure, as well, as he looked to adapt Colson Whitehead’s acclaimed work of historical fiction of the same name. “But I also know we can’t do what we do if we’re not free,” he says. “So, even on this one, with as much infrastructure as there was, I just had to allow myself to be free.”

Written, directed and executive produced by Jenkins, The Underground Railroad centers on Cora (Thuso Mbedu), a young woman who makes an amazing discovery during her attempt to break free from slavery in the Deep South.

For Jenkins and Laxton, the series of staggering scale came on the heels of three features: Medicine for Melancholy (2008), Best Picture winner Moonlight (2016), and Oscar winner If Beale Street Could Talk (2018). It stemmed from a collaboration that began nearly 20 years ago at the Florida State University College of Motion Picture Arts, which has led each artist to ascend each year to greater and greater heights.

While at FSU, Jenkins and Laxton also met other longtime collaborators, who have been with them along the entire journey, including editor Joi McMillon and producer Adele Romanski. Interestingly, from Jenkins’ perspective, the experience of creating The Underground Railroad together was not all that dissimilar from his experience with his team on his first feature Medicine, despite the fact that the projects could not be more different, in terms of budget, alone.

“I think because it’s all the same people, it doesn’t feel different to me, which is strange because a $15,000 film with a crew of five should feel very different than however many zeroes are behind this show, and a crew of hundreds,” he tells Laxton. “It should feel different, but I think what’s been really cool…is…if you have this nearsightedness, it kind of feels the same, which I hope allows us to take the same kind of risks…that we often find ourselves doing in the moment.”

The Underground Railroad and its companion piece, The Gaze, embody the nature of the collaboration Jenkins has found with Laxton and others, in terms of the balance he’s looked to strike between preparation and improvisation.

“I think it did take a lot of infrastructure and technical stuff, all as a machine working in the background to let us be on the set and just be intuitive,” Laxton says, “and experiment and try things and fail at things, and then succeed at things.”

At the same time, the DP agrees that the ability to be flexible on set, and open to moments of discovery, is what has elevated each story he and Jenkins have told together. “Some of my favorite moments are so much more instinctual,” he shared, “than something that is planned eight weeks earlier in an office somewhere.”

For the cinematographer, watching Jenkins on set, reacting and shaping a performance, “almost like if you’re improvising on a jazz performance,” is always a sight to behold.

“I oftentimes feel like you’re very orchestrative on the set. I think when it comes time for someone to solo, you let the other pieces of the puzzle step back to let that one thing shine through—and everyone at some point gets a chance to solo,” he notes. “Sometimes it’s the cast; sometimes it’s myself. Sometimes it’s the props department, when they have a moment that makes sense for them. For me, watching how you work is, I think, quite interesting.”

While Jenkins and Laxton hit on a creative peak with The Underground Railroad, they’ve already found another huge hill to climb—that being an untitled, animated Lion King prequel for Disney+. “If those two cats [from FSU] could see these two cats, I think they would laugh at us,” Jenkins says. “They’d be like, ‘Y’all are doing The Lion King? What?’”

During their wide-ranging conversation on The Process, they further dissect the work that went into making their Amazon series, as well as their first film school encounters, examining the family connection that led Laxton to consider a career on set, the time Jenkins walked off the set of Underground Railroad and more.