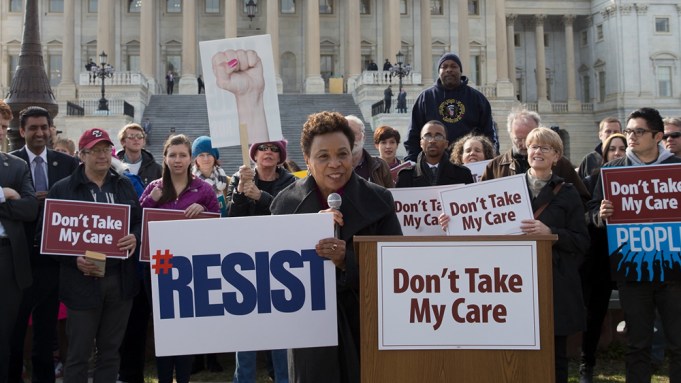 “Barbara Lee is exemplary of the courage it takes to stick to your principles,” says Congresswoman Alexandria Ocasio-Cortez at the top of the new trailer for Barbara Lee: Speaking Truth To Power. CNN’s van Jones calls her “the conscience of the Congress.”

Greenwich Entertainment is distributing the film, which is directed by Abby Ginzberg (Waging Change, Soft Vengeance: Albie Sachs and the New South Africa).

A longtime advocate for social justice, Congresswoman Barbara Lee (D-Oakland) cast the sole vote in opposition to the authorization of military force after the September 11th attacks. “It was a blank check to the president to attack anyone involved in the September 11 events,” she has said of the authorization. In the trailer, we hear legendary civil rights leader and Lee’s former House colleague John Lewis say, “She was right.”

“When I feel like I’m under fire, I think of her example,” says Ocasio-Cortez. “She paved the way.

“Social justice, that’s always been just part of who I am,” Congresswoman Lee says while recounting her political beginnings as a mother of two and student at Mills College working in the community with the Black Panther party. The goal was simple, she says: “Making sure people have something to eat.” The film recounts her career advocating on that and similar, persistent issues in the seat of power, including poverty and raising the minimum wage.

Barbara Lee: Speaking Truth To Power opens in theaters in NYC, Los Angeles, Seattle, Denver, Columbus and more on August 20. It will also be available via iTunes/Apple TV and Amazon Prime Video on that date. The film is distributed by Greenwich Entertainment.