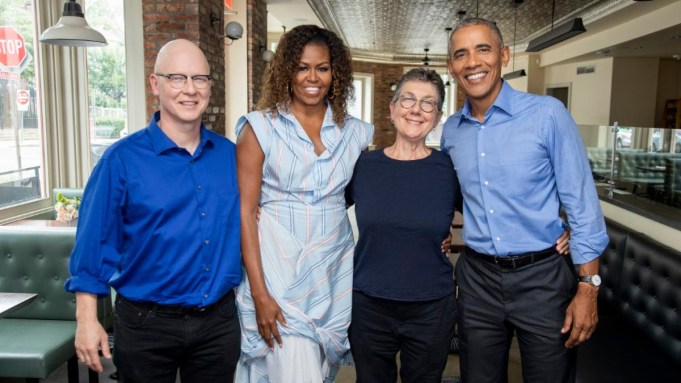 What’s a filmmaker got to do to get the attention of Barack and Michelle Obama? In this short clip to promote tonight’s premiere of Netflix’s American Factory – the first title from the Obama’s Higher Ground – the former White House residents talk to filmmakers Julia Reichert and Steven Bognar to talk about what drew them to the doc about the closing in Dayton, Ohio of a General Motors factory and its re-opening by a Chinese corporation.

“We want people to be able to get outside of themselves and experience and understand the lives of somebody else,” says the former president in the three-minute clip. “Which is what a good story does. And, that’s why we’re calling [our production company] Higher Ground. The idea is that rather than pursuing the lowest common denominator, let’s see if we can chase the highest one.”

American Factory is available globally on Netflix August 21. Check out the clip above.