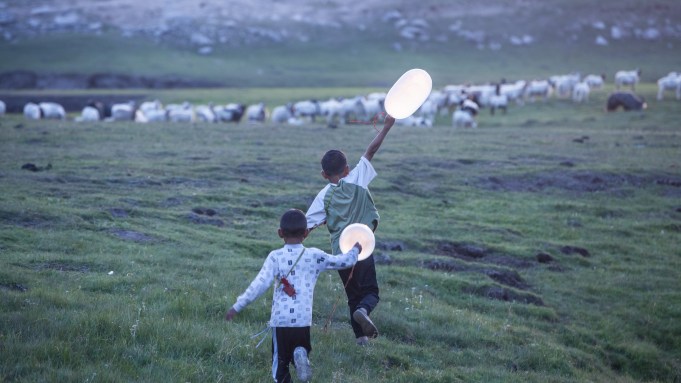 EXCLUSIVE: Here’s attractive first footage for Venice and Toronto drama Balloon, which will have its world premiere in the Horizons section of the former.

Set on the Tibetan grasslands, the film follows a family whose peaceful existence is disrupted by the appearance of a condom. The film is produced by Tang Dynasty Cultural Communication, Factory Gate Films and Mani Stone Pictures, along with iQiyi Pictures, the production arm of the Chinese streaming giant, as co-presenter.

Sales are handled by Meng Xie’s growing Beijing-based arthouse outfit Rediance. The company’s slate also includes Locarno titles The Science Of Fictions, The Dove And The Wolf and Krabi, 2562. The company is also part of the production and finance team on upcoming projects Memoria by Apichatpong Weerasethakul, Wet Season by Anthony Chen, Manchurian Tiger by Geng Jun and Savagery by Miguel Gomes.