Continue to Deadline SKIP AD
You will be redirected back to your article in seconds
Skip to main content
January 11, 2019 10:20am
4Comments 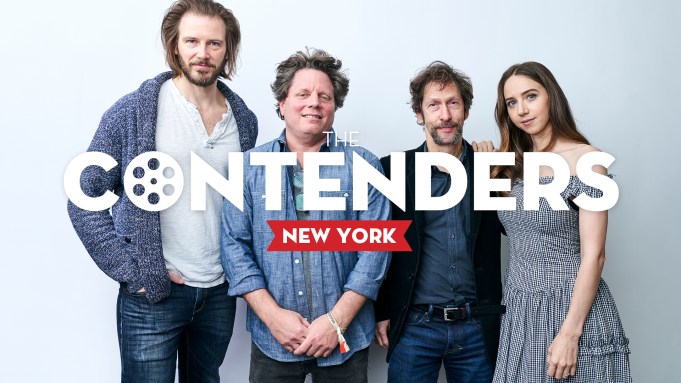 In The Ballad of Buster Scruggs – the Coen brothers’ series of six comedy vignettes – Tim Blake Nelson plays the titular role, and onstage recently at Deadline’s The Contenders New York, he described Scruggs as “a great friend, but you wouldn’t want him as an enemy.”

In classically quirky Coen style, Scruggs “lives by a strict code, and he ends up dying by that,” Nelson said, “and he really doesn’t hold it against his killer, just as he doesn’t feel that anyone should hold against him what it is that he does.”

Nelson embraced the character and fully committed to the work of making it seem “effortless,” he said. “I think all of the actors put in that sort of a commitment, and that’s just what you do for Joel and Ethan.”

For Zoe Kazan and Bill Heck, playing Alice and Billy in another segment entitled “The Gal Who Got Rattled,” it was a reunion of sorts. “Bill and I did Angels in America off-Broadway together in 2010,” Kazan said, “so we had spent six months together contending with some of the great American writing, and we got to do it again here.”

Kazan also gave props to costume designer Mary Zophres. “So much of who these characters were was already there in her sketches and the material she had picked out,” Kazan said.

For production designer Jess Gonchor, working across multiple “mini-film” segments was no simple task. “There really wasn’t any common thread visually through all of the stories,” he said. “Fortunately, we had the book, and turning of the chapters to start something and finish something, because if you see a movie with that many styles of looks you might run out of the theater.”

But Gonchor got around the varying rhythms of the vignettes by focusing on small details in each one in order to bring the pieces together. “I got one thing that told myself and the guys and everybody else what the story is,” he said, “whether that was a scoop of red clay from Monument Valley, a broken wagon wheel, or a piece of canvas from a wagon. I find if you start with something, you figure out what the answer is. And the something for me is the simplest thing, and then I get into the story.”