Continue to Deadline SKIP AD
You will be redirected back to your article in seconds
Skip to main content
March 11, 2020 7:23am 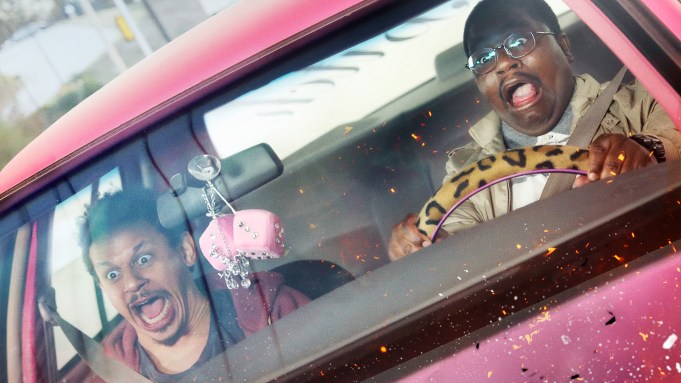 Orion Pictures on Wednesday said it has moved the release date for its hidden-camera comedy Bad Trip up a week to April 17, releasing a new trailer for the film that had planned to have its premiere at SXSW before the Austin festival was canceled last week.

Eric André, Lil Rel Howery and Tiffany Haddish star in the pic, which centers on best friends who embark on a road trip filled with pranks on real-life folks. Bad Trip, which comes from Jackass and Bad Grandpa producer Jeff Tremaine, had originally targeted an October 2019 bow before it moved to April 24 following what was supposed to be its debut at SXSW this Saturday in the Headliners section.

Bad Trip is coming at a good time in the marketplace off the success of another prank pic, Impractical Jokers: The Movie. The feature film based on the truTV debuted to an impressive $2.6 million February 21, then expanded from 357 to nearly 1,800 theaters and has a $9.38 million cume.

Check out the Bad Trip trailer above.