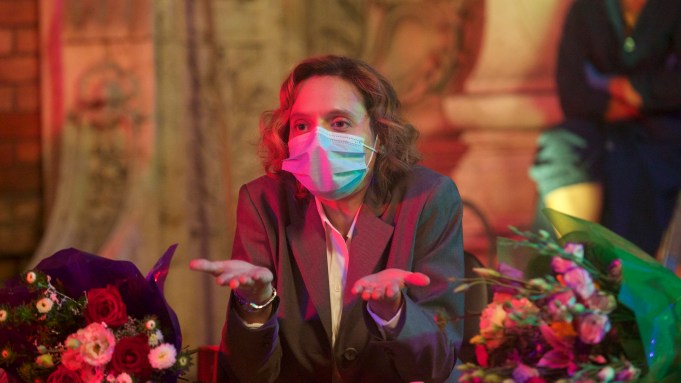 You ever have one of those days? You know, like when your husband takes your laptop in for service but the staffers find your personal sex tape — and upload it to the Internet?

Katia Pascariu stars as Emi, a Romanian schoolteacher who finds her reputation under threat after her private sex tape — in which she sports a feline eye mask and then a pink wig — hits the web. Forced to meet the parents who are demanding her dismissal, she refuses to surrender, even after the entire leaked video is played for the group.

The film plays out in three loosely connected acts: a walk in the city of Bucharest, then a playful essay on obscenities followed an incendiary comic confrontation.

“I sincerely hope this film will be ‘a consummation devoutly to be wished’, as Shakespeare wrote,” said Jude, who previously wrote and directed Afermi! and The Happiest Girl in the World, among others.

Here is the film’s key art: