Continue to Deadline SKIP AD
You will be redirected back to your article in seconds
Skip to main content
August 13, 2020 12:12pm 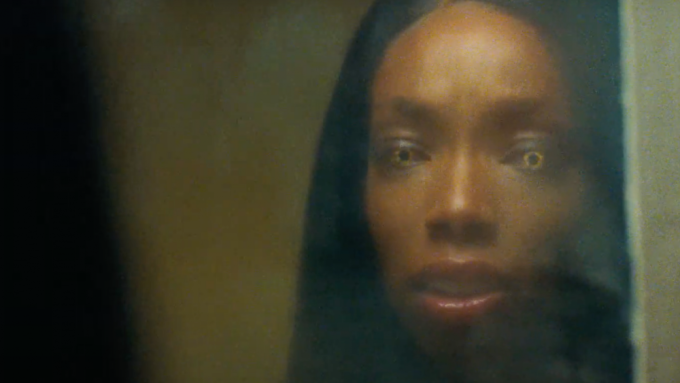 Hulu has released the first trailer for Justin Simien’s second feature film Bad Hair — and it will strike follicle fear into your soul in the best way possible. The streamer is set to release the satirical horror on October 23 with a to-be-determined theatrical date.

The teaser reflects Simien’s affinity for ’80s and ’90s horror pics and gives off some serious Brian De Palma energy as it follows Anna Bludso (newcomer Elle Lorraine), who had a traumatic experience during her childhood when her scalp was burned from a mild relaxer perm. Fast-forward to her adult life in 1989, and she is working at a music video TV show called Culture, which is the epitome of hip hop and New Jack Swing style. Her life is turned upside down when her dreadlocked boss is replaced by Zora (Vanessa Williams), a vicious ex-supermodel who looks to switch things up. When she warns Anna about her natural hair, she goes out and gets a weave from a bougie yet mystical hairdresser (Laverne Cox). She looks good and starts excelling at work with her new hair, but after a while, it begins to have a bloody mind of its own — literally.

The film is definitely a horror but dives deeper into the Black experience — specifically the experience of Black women. That being said, Bad Hair certainly is relevant to today’s climate. During the film’s world premiere at Sundance, where it was acquired for $8 million, Simien said: “I hope I use this genre that I am absolutely in love to interrogate the system that is obsessed with Black culture but doesn’t give a f*ck about Black lives.” He continued, “I hope I can use this genre to interrogate a system that mines Black women for their culture, ideas, compassion, wisdom and perseverance but does not give them enough options to shine in this light.”

Bad Hair is written and directed by Simien. Simien also serves as a producer alongside Julia Lebedev, Angel Lopez, and Eddie Vaisman. Executive Producers include Leonid Lebedev, Oren Moverman, and Alex G. Scott. The film is produced by Sight Unseen in association with Culture Machine.