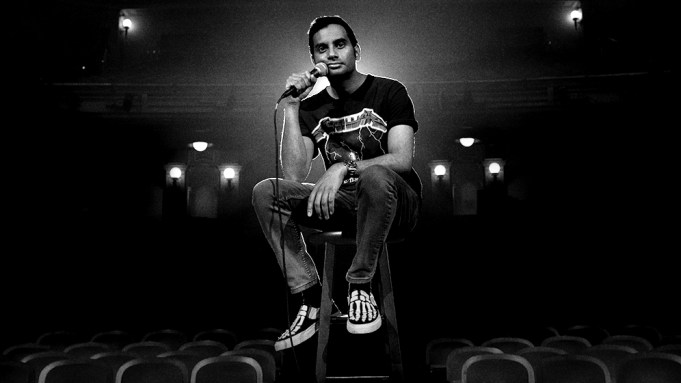 Aziz Ansari’s second Netflix stand-up special starts streaming Tuesday, and here is a snippet of the Master of None creator-star’s performance. Taped at the Brooklyn Academy of Music, Aziz Ansari Right Now features material from the two-time Emmy winner’s Road to Nowhere Tour, which played 75 cities in 13 countries.

The above clip from the special directed by Oscar winner Spike Jonze shows Ansari having a little fun at the audience’s expense. At one point he asks a white woman down front why she only gave Crazy Rich Asian an 85 rating when the Rotten Tomatoes score was 97%. When the woman clams up, he says: “I’m just messing with you right now. It doesn’t matter what you think about the movie, it’s just fun to make white people feel bad.”

Ansari created and starred in the Netflix series Master of None, for which he won two writing Emmys and a Best Actor Golden Globe. He first became widely known for his role as Tom Haverford on all seven seasons of the NBC comedy Parks and Recreation.

Here are a backstage teaser for Right Now, followed by another that features the comic’s father and occasional Master of None co-star: