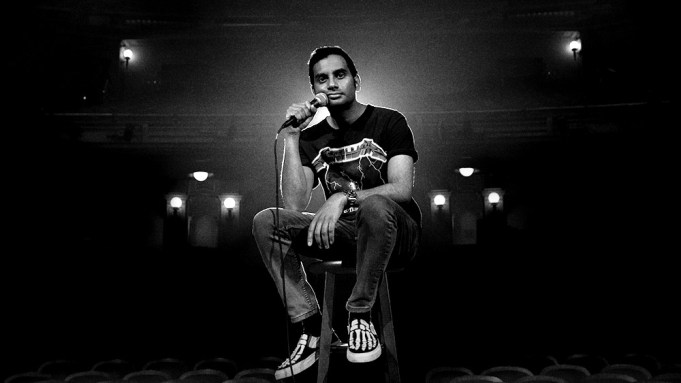 Netflix has slotted July 9 for the global launch of Aziz Ansari Right Now, Ansari’s new comedy special, and has released a first-look teaser.

The comedy special, based on Ansari’s worldwide comedy tour Road to Nowhere, was directed by Oscar-winner Spike Jonze (Her, Being John Malkovich, Adaptation).

The Jonze-directed special is a filmed set from the Brooklyn Academy of Music tour dates in Brooklyn, New York.

Ansari created and starred in Netflix series Master of None for which he won two Emmys and a Golden Globe for Best Actor – Television Series Musical or Comedy. He first became known for his role as Tom Haverford in NBC’s Parks and Recreation.