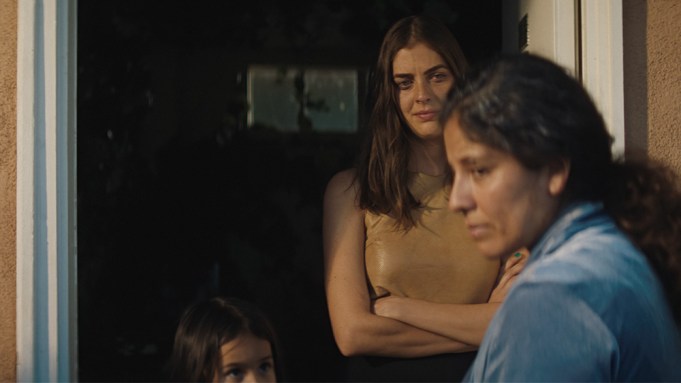 EXCLUSIVE: A Latina is struggling professionally and personally during the Covid-19 pandemic in the first trailer for the Gravitas Ventures indie film, Ayar, above. The narrative drama will premiere in theaters on Nov. 26.

The Floyd Russ-directed and produced project, set in present-day Los Angeles, tells the story of Ayar (Ariana Ron Pedrique), a first-generation American Latina who returns home from her showbiz career in Vegas amid shutdowns to reunite with her five-year-old daughter. But when her mother Renata (Vilma Vega) refuses to let her see her due to the raging pandemic, Ayar is haunted by the many roles she’s been forced to play, as an immigrant, a dreamer, a mother, and an actress in this very film.

The story is partially based on Vega’s life experiences as a Peruvian immigrant who came to the United States as a teenager and became pregnant shortly thereafter.