Continue to Deadline SKIP AD
You will be redirected back to your article in seconds
Skip to main content
December 3, 2019 9:49am 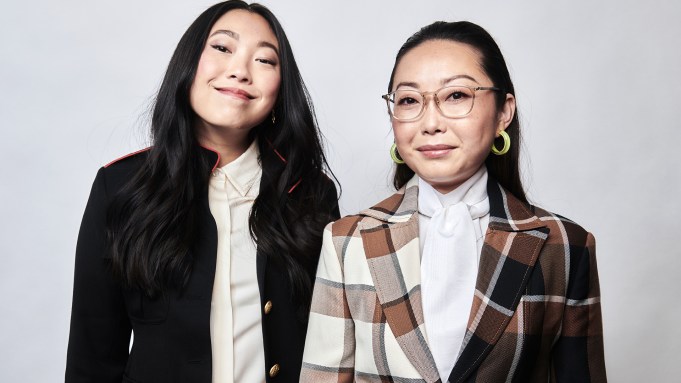 Director-writer Lulu Wang and star Awkwafina shared stories of the making of The Farewell, their indie hit for A24, when they participated in Deadline’s ninth annual The Contenders Los Angeles all-day event at the DGA Theater in Hollywood last month.

In front of a packed house of Academy and key guild voters, Wang explained how personal this story is — essentially the same thing that happened to her in her own life, when her grandmother in China was diagnosed with terminal cancer but the family decided not to tell her, instead inventing the ruse of a wedding to bring everyone together to say goodbye.

In real life, however, the grandmother still lives six years later, and STILL doesn’t know, even though the film was shot in her neighborhood and she visited the set several times. The crew had strict instructions to keep her in the dark about the movie’s subject matter, Wang told the Contenders crowd.

Awkwafina has her first big dramatic role and said she was nervous and full of trepidation, especially since she says her Mandarin is still not good. They both said making the film was very meta and emotional, and the location shooting allowed Wang to shoot at her real grandfather’s grave.

Meanwhile, while Wang says that grandma is still in the dark — even after a Sundance release and successful worldwide rollout — the film will soon be released in China under a new title: Don’t Tell Her.

To watch our conversation and see what she says about that, check out the video above.