Continue to Deadline SKIP AD
You will be redirected back to your article in seconds
Skip to main content
August 10, 2020 6:00am
2Comments 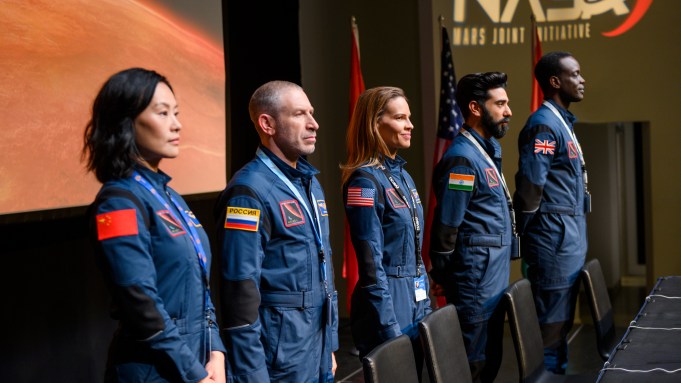 Swank stars as American astronaut Emma Green, whose lifelong dream has been to be on the first mission to Mars. The trailer opens to the haunting strains of Debussy’s “Clair de Lune”, played on the piano by her husband, Matt, portrayed by Josh Charles, as Emma gives her teenage daughter Lex (Talitha Bateman) a planet-themed charm bracelet as a going-away gift. “This is the Earth, the Moon, Mars, and the string is me making my way back to you,” Green tells Lex, ahead of her departure into the unknown on a treacherous, yearlong mission. The series explores themes about the human spirit and what it is capable of when faced with life’s greatest tests. As the crew’s journey into space intensifies, their personal dynamics and the effects of being away from their loved ones back on Earth become increasingly complex.

Away premieres globally on Netflix on Friday, September 4.