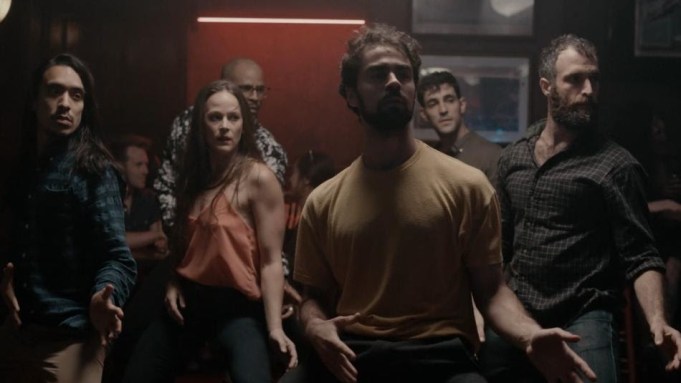 EXCLUSIVE: Here’s a first trailer for writer-director Boaz Yakin’s (Remember The Titans) drama-romance Aviva, which was originally due to play at SXSW, and which has since been picked up by Outsider Pictures and Strand Releasing who are giving the film a ‘virtual theatrical’ release on June 12.

The experimental film includes dance interludes choreographed by co-star Bobbi Jene Smith, subject of the 2017 doc Bobbi Jene. Starring with Jene Smith are Zina Zinchenko, Tyler Philips and Or Schraiber.
The movie follows transatlantic lovers Aviva and Eden who, after meeting online, embark on a tumultuous courtship, love affair and marriage. The couple struggles, separates, and tries to get back together, as dual aspects of each one’s personality battles forces inside and out.
Israeli-American filmmaker Yakin is known for movies including Fresh, Remember The Titans, Safe and Max and as a writer on movies including The Prince Of Persia and the Now You See Me franchise.